The arguments continued on social media with Twitterati not taking kindly to this latest insult to the players on the distaff side. 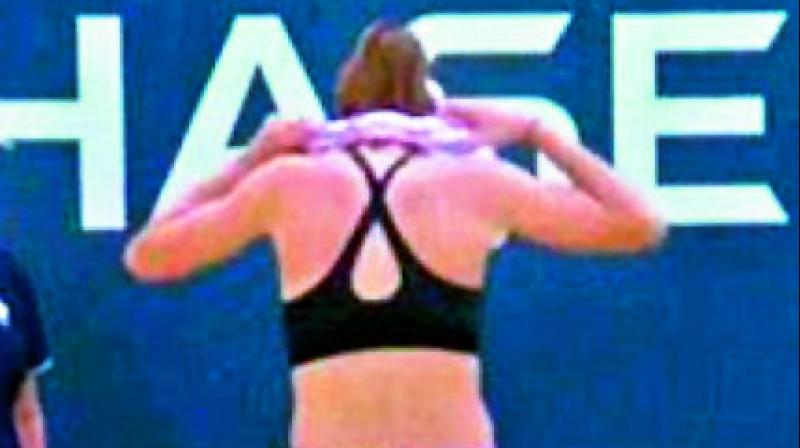 The gender equality battle is hotting up on the tennis courts. Just days after the French Open management decided that Serena Williams’ catsuit was a no-no for future events, the manner in which men and women players are treated differently cropped up when Alize Cornet changed her outfit on court near the baseline, and got a code warning for it.

“Of course, I was surprised when I just changed the T-shirt really quick, and he gave me a code violation,” said Cornet, adding, “I didn’t expect it, and I told him it was pretty weird.” The US Open folks were quick to pull back, saying that the chair umpire was wrong and that in future, there would be no discrimination between men and women. If men are allowed to change T-shirts by the courtside, why should women be barred from doing so?

Interestingly, Cornet had on a halter strapped sports bra and the lightning change of her outfit from back to front was in no way offensive to the sensibilities of the audience. In any case, as one tennis fan asked on Twitter, “Why are we policing what women wear on court?”

It appears women have to fight for everything — equal pay, court appearances and respect — even in tennis which has always prided itself on being one of the first sports to move forward with gender equality in the modern era. 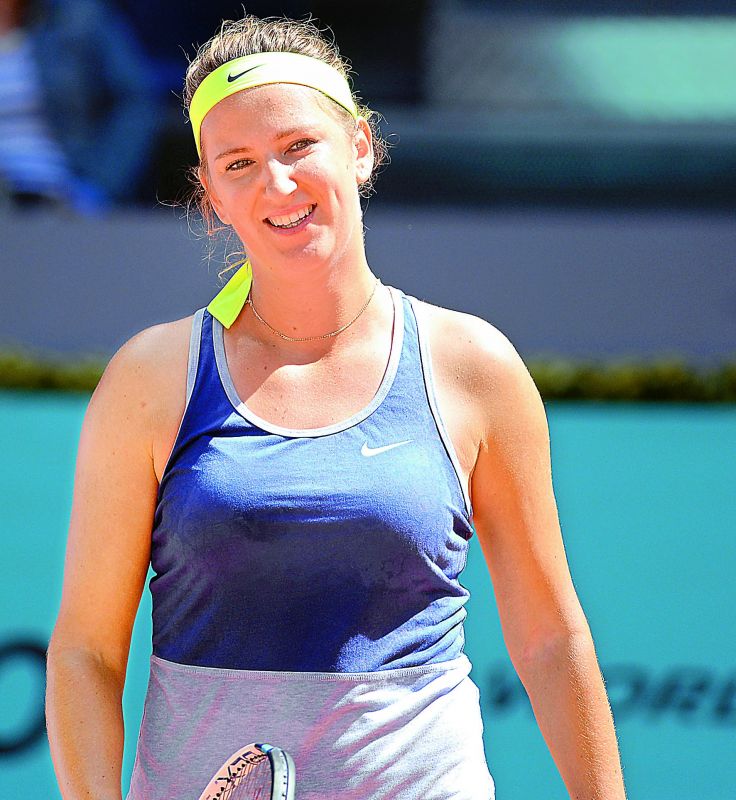 Women players were quick to react to the (non) issue. “If I had to say my true feelings, it would be bleeped out, because I think it was ridiculous,” said two-time US Open runner-up Victoria Azarenka in support of Cornet. “It was nothing wrong. It wasn’t anything disrespectful,” she added.

The arguments continued on social media with Twitterati not taking kindly to this latest insult to the players on the distaff side. Andy Murray’s mother was livid over the blatant inequality and tweeted about it although in all fairness, women generally do not change outfits on court unless there has been a major wardrobe malfunction. “People need to stop being offended by a woman’s body,” added one Twitter user.

Out in the US, the issue got blown up even more thanks to the prevalent undercurrent of feminism. Cornet herself said, “Of course, the inequity between men and women can be better,” even as she slammed what her own French federation chief did in his ruling on the Serena catsuit. Cornet said, “What Bernard Giudicelli said about Serena’s catsuit was 10,000 times worse than what happened to me on the court.”

Feminists had a field day using the incidents to drum up more of a bang for their movement. Says social analyst Sharada Ramanathan, “Any stick is good enough to show the world how much inequity prevails. What has happened in the world of tennis is a clear indication that the fight for equality should never cease. Three cheers to the likes of Serena and Cornet.”

“There is always a double standard for men and women,” Azarenka chipped in about the eternal battle of the sexes, adding, “But we need to push those barriers.”

And that pretty much sums it up — the women must keep battling at every barrier if ever they are to achieve a modicum of equality in life. However, the international tennis courts are closer to most modern norms on gender equality with equal pay at the US Open for decades now even if voices of dissent complain about women playing only the best of three sets as opposed to men’s best of five.

The US Open was the first Grand Slam to offer equal pay as far back as 1973 while Wimbledon did so only in 2007. But then the champion Billie Jean King had threatened to organise a boycott if there was no equal pay.

Meanwhile, many sports like golf and basketball still perpetuate gender disparity. However, as women say, the fight for equality must never end. And the women in tennis seem to be showing the way forward.

@judymurray Alize
Cornet came back to court after 10 minute heat break. Had her fresh shirt on back to front. Changed at back of court. Got a code violation. Unsportsmanlike conduct…But the men can change shirts on court.
US Raelian Movement (@Rael_usa)
Even sports bras are offensive in the 21st century!! Wow!!!