The badminton player, who suffered an injury last year, works his way up to the top again. 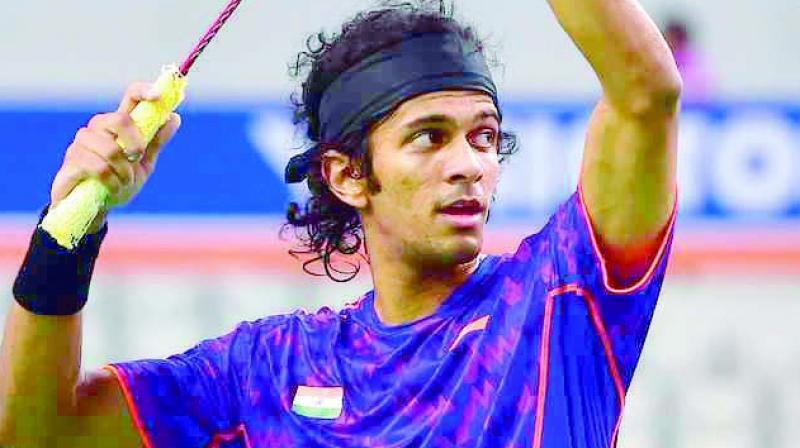 When shuttler Ajay Jayaram was injured, these lines kept playing on a loop in his head. The hamstring injury he sustained in the senior national in November last year, left him puzzled. He was at his career’s best ranking (13) in April but a severe hamstring injury stood between him and the top 10. The shuttler was not ready to stay on the sidelines for eight long months. Jayaram even tripped off the top 100 until last month, when he marked his return in the US Open. He reached the semi-finals in his third tournament after the injury.

At the age of 30, sitting out for eight months was hard for him, especially from a psychological perspective. “You start doubting yourself once your ranking goes down. Even if it was not in my hands, it was mentally challenging” he says.

After returning, the situation was different. In the current scenario, the game keeps evolving every day. If you are out for so long, there are a lot of things an athlete has to pick up to keep up.

For Jayaram, it went down to self-doubt. “Once you get back from an injury, you visualise yourself playing the game before the injury. That is not possible but also not avoidable. The results in the US Open really motivated me.” One can figure out from Jayaram’s tone that he needed these results to reach a certain kind of mental stability.

However, he was not the only one who was troubled by an injury. Kidambi Srikanth too missed a couple of matches after the tournament in Nagpur. Even Prakash Padukone had earlier pointed out the need for athletes to choose their competitions wisely to avoid these injuries.

Jayaram insists that you can’t escape the rigorous schedule that hosts events after events, “To boost your ranking, you have to keep playing. The schedule is hard and you cannot escape it. Playing for so long adds to the fatigue and builds up. You overuse your muscles,” he says.

While he was cooling his heels, Jayaram went back to his childhood habit of sketching. His art is rather appealing. The shuttler uses his pencil in three-dimensional sketches and while he was on the sidelines, the hobby kept him busy. “I was interested in sketching as a kid but recently I have been doing it regularly. You sure have more time when you are injured,” he says.

The array of his sketches is quite vast. It goes from the admired character of Jon Snow from The Game of Thrones to a 3-D drawing of a shuttlecock. “I like the 3-D sketches and it kept me busy,” he says.

Currently, Jayaram is working his way up again while he eyes a return to the super series next year. “I need to get myself back to the top 50 to be eligible to play bigger tournaments,” he says.