Torrential rains won’t hamper the 28th edition of the Gulf Monsoon Scooter Rally all set to be held in the city. 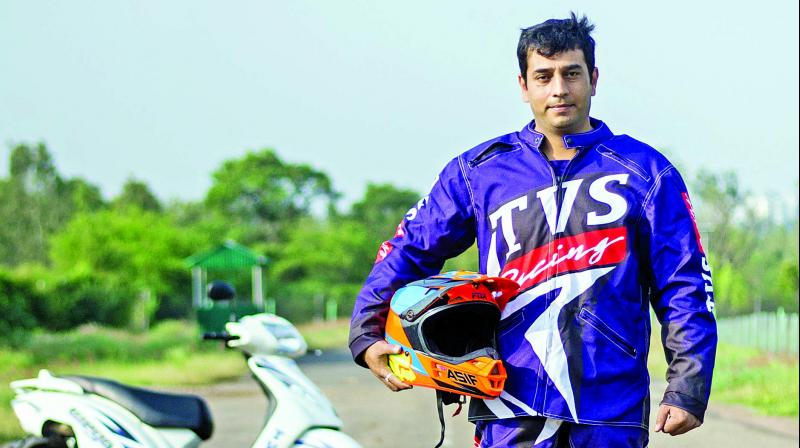 The 50-kilometre race in Navi Mumbai by Gulf Oil Lubricants in association with Sportscraft promises to be an enthralling experience for the enthusiastic riders.

With torrential rains lashing Mumbai this week, the 28th edition of the Gulf Monsoon Scooter Rally is going to test the endurance levels of the riders on Sunday. The 50-kilometre race in Navi Mumbai by Gulf Oil Lubricants in association with Sportscraft promises to be an enthralling experience for the enthusiastic riders.

Among them are a host of former champions, including last year’s winner Syed Asif Ali of Bhopal and runner-up Shamim Khan of Nashik.

Both Ali and Khan, who have won the event four times, will have their task cut out on the virtual marshland of a course. In addition to the dicey course, they have past champions, Mumbai's Manjeet Singh Bassan, Kunal Rao, Rustom Patel and Bhopal’s Mujjafar Ali as competition.

The scrutiny and briefing for the riders was held on Saturday in Parel followed by a ceremonial start. The main event is on Sunday. The start and finish will be at K-Star Hotel, Navi Mumbai. Ali, who is defending his title in what could prove to be the last edition of this scooter rally in the city, is feeling no pressure.

“The Gulf Monsoon Rally is one of the trickiest rallies with the hilly terrain and rainy conditions posing a tough challenge for any racer. Personally, it is one of the most challenging and fun scooter rallies in this country. Being a reigning champion brings additional responsibility to deliver, but I have the confidence of an experienced team like TVS Racing behind me. They know what it takes to win and make racers champions. About the competition, I prefer to concentrate on giving my best and bring laurels for the team,” he said.

Ali is happy with the preparations for the premier event in scooter races. “Regarding preparations, I have been practising rigorously on my scooter and also focusing on physical fitness as per the guidance of the TVS Racing team. I strictly follow the training schedule given by the team all year through so that I don't have to do much before any event. Every day is a preparation for us,” Ali added. He isn’t worried about the harsh terrains that will be marshy owing to the heavy rains.

“Terrain and conditions can alter the fate of a racer based on his approach towards it. Difficult terrains sometimes require simple solutions to get through, and I believe that it is not about being the most experienced or the fastest racer that guarantees victory, but it comes down to focus and a positive attitude to get through tough situations that make a winner,” he said.

The Bhopal rider felt the sport is gaining recognition. “The sport is gaining momentum with more teams like TVS Racing supporting it. Scooter racing has tremendous potential to grow in the country.  I am a big advocate of this sport, and despite being 36, I see myself improving with each rally. To be honest, I have no plans of stopping right now,” Ali said.

How the journey began
Like any other family, dad had a scooter that I used to love riding. I just thought of pushing myself harder, and before I knew it, I was racing at the age of 16. I competed in an individual capacity and then got associated with TVS Racing four years ago. Since then it has been a memorable journey. Winning rallies is the ultimate goal, but the support of your team and teammates is what makes you put in that extra effort. In that respect, I have no complaints, and I hope this journey never comes to an end.

Scooter Specs
I use the scooter for personal use, but racing is where I get into my element. I use a race spec TVS SXR 150 machine for racing. It is a four-stroke, air-cooled, single cylinder 150cc scooter that produces 18bhp+. Racing scooters use disc brakes on both the front and rear wheels. It weighs about 90kg. It uses a continuously tuned variable transmission system to meet the high speed and acceleration requirement. The centre of gravity of the scooter is kept low for better manoeuvring.

Accolades
I have always raced on a scooter. I won the FMSCI Indian National Rally Championship 2W consecutively for two years in 2015 and 2016 and had been winning the Dakshin Dare Scooters Open since 2014. I also have been declared as the Rally Champion in Scooters up to 160cc 4 stroke category by FMSCI in 2015 and 2016.