A matter of security

After receiving threats from Maoists, the badminton ace has taken precautions. 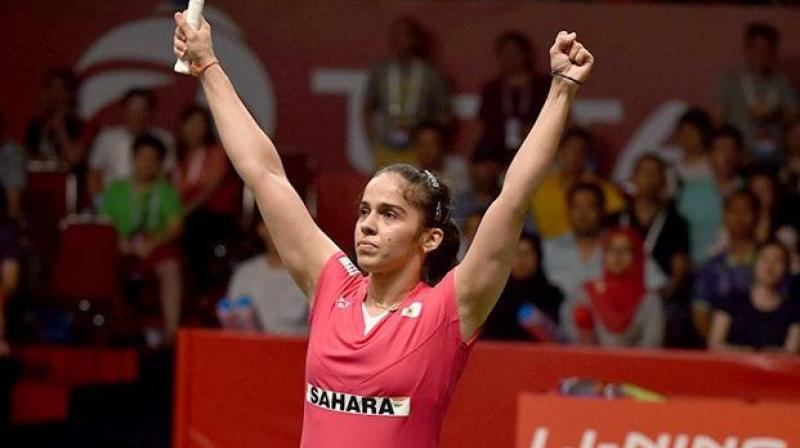 The Maoist threat to Saina Nehwal, following her decision to extend financial support to families of the 12 CRPF jawans who were killed in a Maoist ambush near Bastar on March 16, seems to have rattled the badminton ace. She has barred incoming calls on her mobile phone, as have her other shuttler friends. Her former coach Gopichand and her current coach Vimal Kumar could not be reached either.

The players are now in Thailand for a tournament. However, fellow shuttler Jwala Gutta feels that the situation will be under control. “Saina is an icon of our country and the government will definitely make sure she stays safe,” Jwala said and added, “As a good citizen, she has come forward to support the family of the CRPF personnel who were killed in the attack. Now that she is getting these threats, the government should take care of her security. It’s the duty of the state to make sure that she is fine. I’m sure she’s been approached by the authorities and there are people who will take care of this.”

Having played with her for most part of her career, Jwala feels Saina is a tough nut to crack. “Knowing Saina, I don’t think this will affect her. She’s mentally strong,” she said, adding, “But I am sure her parents would be worried, so the government must provide all the security that she needs.”

Jwala opines that sportspersons are better off without such disturbances. “When you’re playing at the highest level, you need 100 per cent focus on the game, for there is a huge responsibility that you carry on your shoulders and so much is expected of you. But sadly, we live in a society where social pressures are just too much, especially for a woman,” she said.

“However, Saina has been lucky to have had a good support system on her way to the top. It should stay that way,” she concludes.

Police awaits word from Saina
Currently in Bangkok, Saina Nehwal is yet to seek security from Telangana state police. The police department is awaiting communication from her for further action. Intelligence Security Wing Chief M.K. Singh said that they are ready to offer security provided she approaches the police.