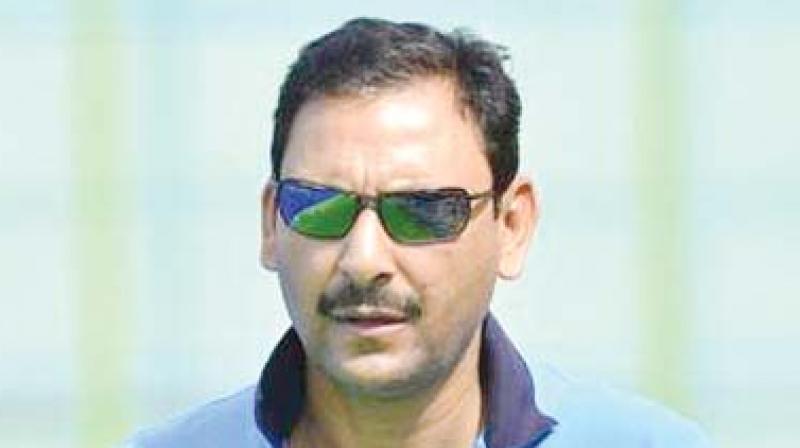 New Delhi: In a bizarre decision that saw coaches exchange positions, Hockey India on Tuesday named Harendra Singh as the new men’s coach while out-of-favour Sjoerd Marijne was re-appointed as the women’s coach.

In a decision that defies logic and even points fingers at Hockey India’s selection committee that had hired Marijne of the Netherlands ahead of Junior World Cup winning coach Harendra in September last, the development throws up more questions than answers.

India’s disastrous show at the Gold Coast Commonwealth Games galvanised HI and sources reveal that the federation was “all set to sack Marijne” till a last minute change of heart.

It is also important to remember that the sports ministry had not taken kindly to Roelant Oltmans’ sacking last year, asking HI to explain why they had chosen to fire the Dutchman before his term was to end. The ministry, in fact, had announced Marijne’s appointment on its own as the coaches are employed by the Sports Authority of India.

A similar situation with Marijne just seven months into the job would have made it embarrassing for HI, who decided to switch the coach’s role.

High performance director David John said “they needed to make a change (the men’s coach)” ahead of the three tournaments, particularly the Asian Games and the World Cup.

“We are result-driven and we didn’t get the best result for the senior men’s,” John said. “We finished second in the previous two Commonwealth Games and we didn’t even come away with a medal this time. We felt we needed to make a change because we got three important tournaments coming up.

“Because Harendra has dealt with at least nine of the boys from the Junior World Cup and his experience dealing with the men is possibly what we need to improve our performances.”

While John explained why Harendra was picked up for the men’s job, there was no reason forthcoming as to how someone like Marijne — who according to Hockey India was unable to deliver results — remains good enough to coach the women. It is an open secret that Marijne’s ouster was triggered following unfavourable reports from the senior men’s players.

“Numerous people were consulted from within and outside the team… They came to a decision that we needed to make a change particularly for the men to improve their performances so that when we go to the Asian Games, we can qualify for the 2020 Olympics,” John added, remaining tight-lipped on Marijne.

The move also puts a spanner in women’s team World Cup preparations as they will once again have to adjust to new coaching methods as Marijne and Harendra have extremely contrasting styles.

The day’s developments bring a sharp focus on the role of the selection committee and also one key decision-maker who has been at the helm of affairs.

In fact, HI and its selection committee too need to share blame here. If anything, their ‘experiment’ with Marijne — with no prior experience of coaching a senior national team — was a huge flop leaving both national teams with precious little time ahead of crucial tournaments to deal with seven months of confused decision-making.