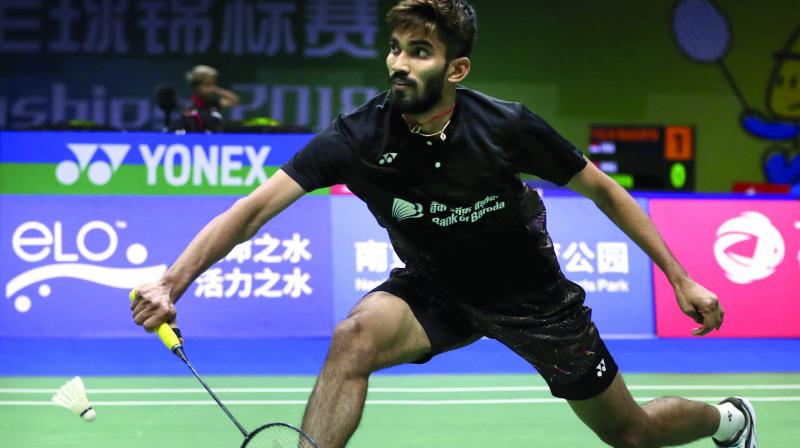 Kuala Lumpur: A strong finish at the India Open will hold him in good stead when Kidambi Srikanth yet again strives to end his long title drought at the $700,000 Malaysia Open, beginning here on Tuesday.

Despite the final loss, it was a good week for Srikanth, as he quelled the challenge of one opponent after another on way to his first summit clash of a BWF world tour event in 17 months.

On Wednesday, Srikanth will begin his campaign against a qualifier, following the withdrawal of Malaysian legend Lee Chong Wei, who was supposed to play his first event after recovering from nose cancer.

Olympic silver medallist P.V. Sindhu too was on course for a title win before she blew a four game points to lose the semifinal against He Bingjiao of China last Saturday. The fifth seeded Indian will cross swords with Japan’s Aya Ohori in the opening round of the BWF World Tour Super 750.

Saina Nehwal, who had battled pain after developing pancreas infection en route the All England Champion quarterfinals, will look for a good outing after skipping the Swiss Open and India Open. Saina will face Thailand’s Pornpawee Chochuwong in the first round. Among others, H.S. Prannoy will look to continue his promising show after regaining some form at the India Open where he reached the quarterfinals. He will square off against Hong Kong’s Ng Ka Long Angus.