Sindhu hoped home support would help her beat Marin in the final. 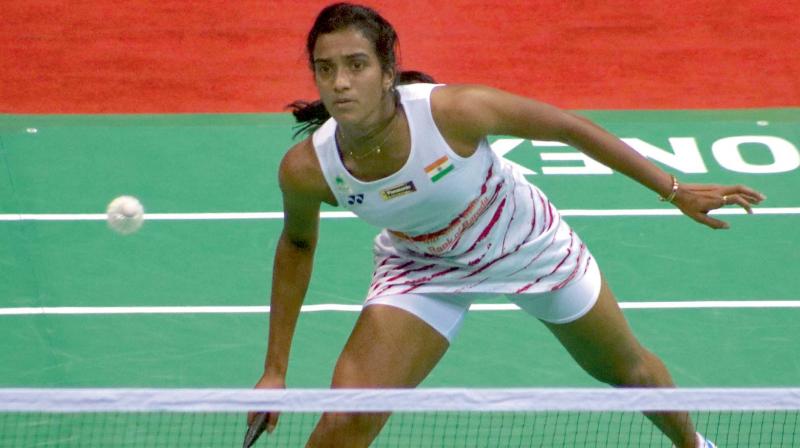 Sindhu and her opponent both began aggressively, aiming to grab early momentum, with Sung going 6-5 ahead.

But Sindhu showed creditable composure to fight back, claiming the next five points to go 10-6 up.

The contest remained intense after the interval, with both fancying their chances, but Sindhu won the key battles to seize the initiative.

Sindhu retained her momentum at the beginning of the second game, racing to a 5-2 lead.

But fluctuating concentration undid her as Sung cashed in to overturn a 3-6 deficit and win the second game.

Sindhu was quick to step up the pressure in the decider, zooming to a 5-1 lead. Sung i tried to engage Sindhu in rallies, hoping to break the flow of the game, but the ploy wasn’t fruitful, much to her frustration.

Sindhu went into the break 11-4 ahead. After the breather, Sung reduced the margin to 12-10 but Sindhu broke the run with a smash to break her serve.

Sung failed to deal with Sindhu’s power and placement, which hastened her defeat.

“I was prepared from the start because it’s always a long match. In the second game, I was leading 5-2 but made simple errors as I hit a mid court smash outside,” Sindhu said.

“From there she lead 11-6 and I tried, but she maintained the lead and finished it off. In the decider, I was aggressive from the start. I remember last time I made some errors and gave her the lead.

“So, I was prepared from the first point itself. She came back in the third but I told myself if she can win so many points why can’t I. I believed in myself.”

Sindhu hoped home support would help her beat Marin in the final.

“At the Dubai finals I beat her but she defeated me at the PBL but this time it will be at Delhi so I will have support.

“But it will be a new game, new conditions, new style so who plays best on that day will win. I just hope for the best,” she said.