PV Sindhu completed her fourth career victory over Carolina Marin, as she notched-up a 21-19, 21-16 win, in front of a home crowd. 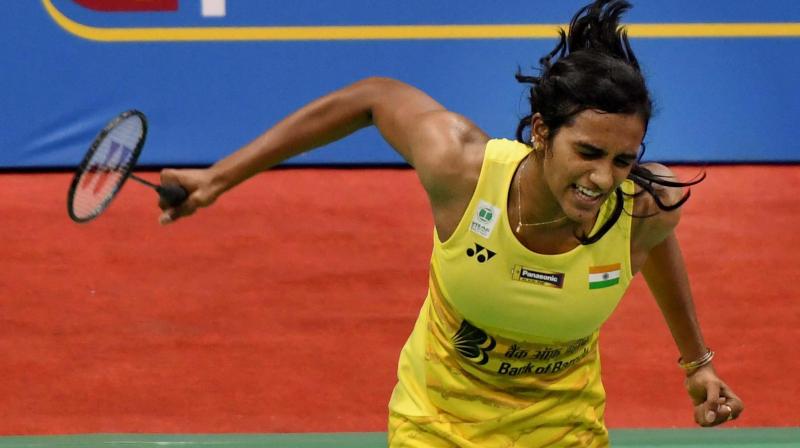 PV Sindhu and Carolina Marin came out battling hard, but the former clinched it in the end. (Photo: PTI)

New Delhi: PV Sindhu completed a comprehensive win over her Spanish rival, Carolina Marin, to clinch the final of the India Open in straight games in New Delhi on Sunday.

Sindhu completed her fourth career victory over Marin, as she notched-up a 21-19, 21-16 win in front of a home crowd.

The duo came out battling hard, as both the players went neck-and-neck in the first game.

Sindhu seemed to have come out with a definitive plan of hitting her big smashes right at Marin’s body, in order to cramp her for space. The ploy worked perfectly, as he raced into an early lead.

Marin, however, was not about to give up that easily and kept making in-roads into the match, never letting Sindhu out of sight; she finally managed to catch-up with her Indian counterpart at 16-16, and then again at 17-17.

With the scores level at 19-19, Sindhu launched into the offensive and grabbed the first set 21-19 with two last points.

In the second game, the ace Indian shuttler raced into a big lead, surging 11-7 ahead during the break.

While Marin did mount a bit of a comeback, taking herself to within three points of Sindhu at 13-16, the Indian took advantage of the Spaniard’s unforced errors, to maintain a healthy lead.

Eventually, the Hyderabad-born girl breezed over the finish line with a massive five-point lead.