Need time to get back to full fitness, says Saina Nehwal

The 2012 London Olympics bronze medallist shuttler said she was doing the training part but would need to strengthen herself while playing. 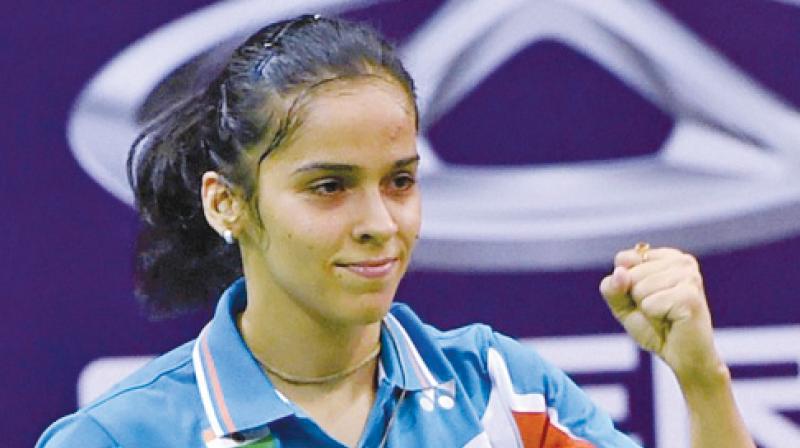 Recovering from an ankle injury, star shuttler Saina Nehwal said she will look to get back to full fitness during the three weeks break after the India Open next month.

“I had this ankle injury before this tournament, so I am playing a match after three weeks, there was this ankle inflammation. In the morning when I was practising there was some pain. Ankle injury is tough because the lunges depend on the ankles,” Saina said.

“I will get more time, two-three weeks after the India Ppen. After the World Championship there was not enough time when I joined Gopi sir, there were too many tournaments and after that I had this injury. It is still not up to the mark. There is a lot of speed still required, I need to be in best shape to play against the best,” she added.

The 2012 London Olympics bronze medallist shuttler said she was doing the training part but would need to strengthen herself while playing.

“You need to play with this, you can’t rest and heal it. So, I’ll need more time to get full training and play against top players,” she said after defeating Michelle Li in a Premier Badminton League match at Siri Fort Sports Complex in the capital on Sunday night.

Asked about the injury, Saina said, “I got it in September end or October start. It is an overuse injury, I was close to qualifying for Dubai Supers Series.

“It was not that I couldn’t play. But there comes a time when the muscle stops taking the load and it goes to the joint and I was feeling the pain. I felt a lot of pain in November end. I was not able to give rest, so I need time.” She said she would want to be fully fit before setting targets.

“Fitness and stamina are important and game comes only after that. I don’t want to keep any targets, keep body fit and rest will follow.”

Saina feels the new Badminton World Federation calendar will end the domination of one player and there will be more new champions in this crammed schedule.

“You will not have one player dominating in this new schedule. It will be like every tournament a new player winning, there won’t be one champion like we saw in the past like Lin Dan,” Saina said.

“More tournaments also means more injuries. After the World Championship, there is just two weeks gap for the Asian Games, so you’ll be mentally and physically tired. So it’s too much back to back tournament, may be they could have opened it more.”

While Saina and Carolina Marin have hit out at the 2018 BWF calendar, Sindhu chose not to dwell too much on the issue and said she will pick and choose her tournaments in order to be in the best possible shape.

Saina said: “Everyone has their opinion. I don’t know how to pick and choose. There is no time to do that, you can’t skip 6-7 tournaments. You have to play 12, plus so many other events. There is not much time. I don’t understand, may be she (Sindhu) has other ideas.

“I am thinking long term. I have nothing against the world body but to make it popular and better, it should be 8-9 tournaments with more money instead of 17-18.”

Asked about the new service rule, Saina said: “I don’t know how much difference it will have on my game. I still need to see. For forehand serve it is fine, while backhand, I don’t do much for that.”