With Bengaluru ahead 2-0, it was the perfect platform for the world champion coming into the match. 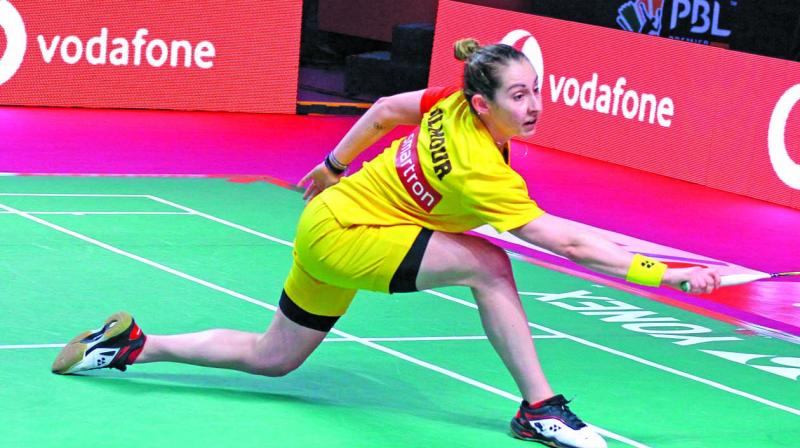 Bengaluru Blasters’ Kirsty Gilmour en route to her 15-14, 15-8 win over Beiwen Zhang of Mumbai Rockets in their PBL match at Lucknow on Monday.

New Delhi: World no. 1 Viktor Axelsen of Denmark swept aside a strong challenge from world no. 5 Son Wan Ho of Korea, registering a 15-6, 15-13 win to help Bengaluru Blasters clinch the tie against Mumbai Rockets with two matches remaining in the Vodafone Premier Badminton League in Lucknow on Monday.

With Bengaluru ahead 2-0, it was the perfect platform for the world champion coming into the match. Playing the trump match for the Blasters, Axelsen did not disappoint the crowd who braved chilly weather and swarmed the stadium in large numbers on the first day of the New Year.

Axelsen, who has been in impeccable form throughout, began on a sound note winning the opening game without facing much of resistance.

In the second game, Son got a better measure of the Danish star and gave a better account but Axelsen maintained his composure the seal the tie with a towering smash. The win gave Bengaluru a 4-0 lead.

Axelsen said it was not an easy game. “I have played against him a lot of time and know that he can come back anytime. Everyone saw the way he came back in the second game and it was very crucial for me to stay focused throughout. I am happy to have pulled it off and put my team in the driver’s seat,” Axelsen said after the match.