Coaches need to be trusted, not tutored, says Jitendra Joshi 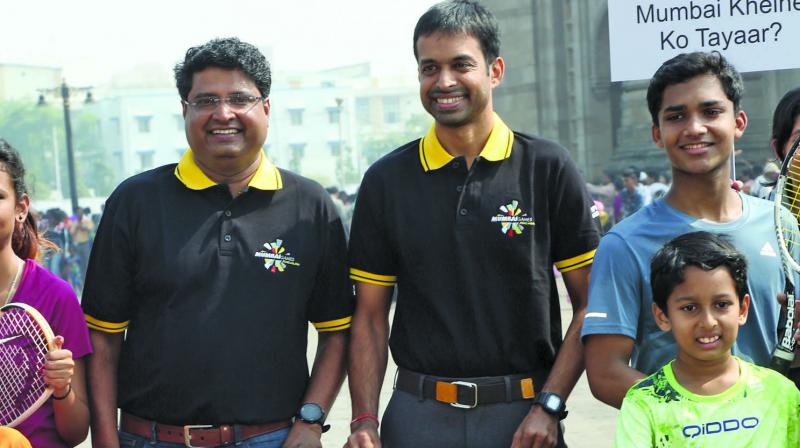 The upcoming first ever Mumbai Games will not only see amateur and elite athletes competing in the multi-sporting event but according to its founder Jitendra Joshi there will be many side-by-side activities going on to promote sports culture. The stress will be on educating parents about trusting coaches and letting kids make their own decisions on the field.

Joshi who is CEO of SportzConsult and has experience of over 15 years in organizing sporting events across India believes the current trend of parents getting overly involved in coaching activities instead of leaving it up to the coach is a worrying trend.

“Parents nowadays tend to be highly involved in the game and their wards which is a good thing. But they also tend to have a say with the coaches. They feel the coaches are not doing justice to their ward’s potential. The dilemma is due to a lot of expectation from the coaching staff to create a larger-than-life figure out of their kids,” he said.

“We are going to conduct workshops for parents on this regard during the Mumbai Games  ,” he added.

The multi-discipline event on 16 sports will start from December 15 across many venues in the city and organisers expect a participation of over 10000. Over 3000 registrations have already been received so far. The city has been categorised into eight zones. Depending on participants pin code he/she will be automatically assigned to one of the eight contingents. Navi Mumbai Ninjas, Central Challengers, South Mumbai SeaHawks, Flying Falcons, Thane Thunderbolts, Midtown Mavericks, Western Warriors and Northern Knights are the eight franchises.

Top stars like Pullela Gopichand, Viren Rasquinha and Anjali Bhagwat are in the Governing Council and head the program. Many sports associations like the Maharashtra Olympic Association have apparently given a go ahead to the event and there will be many officials and observers from these associations.

Joshi believes that at times under involvement of parents can also be hazardous. “Some parents feel that, just by buying the latest sports equipment or by dropping their kids to the match ground, they qualify to be called good sports parents though they have no genuine interest in the kid’s game. Parents role is just to motivate their kids and look after their well-being. While they have vested their faith in a particular coach, they should have confidence in them,” he added.

“I have trained athletes for so many years. Athletics wasn’t hugely followed earlier. But after representing India at the world stage, many parents along with their kids came up to me so that their kids could learn from me. It was very overwhelming but at the same time, I told their parents to let the kids choose for themselves and give them independence. Their ability to take decisions would help them counter bigger obstacles in life,” Menezes observed.