Veteran Bobby Singh of Railways was placed third yet again. 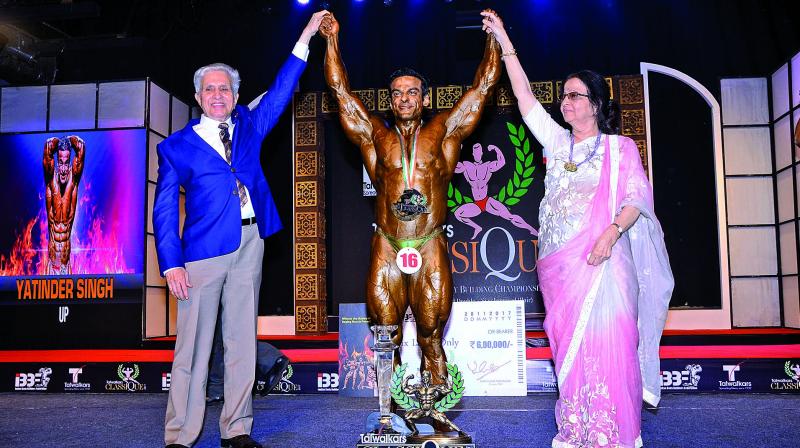 Yatinder Singh from Uttar Pradesh, the runner-up last time around, went one better this time to bag the title and a cash prize of Rs 6 lakh in the third Talwalkars Classic Invitational Bodybuilding Competition. In the process he beat another International and National Champion Sunit Jadhav of Maharashtra.

The local lad had the vociferous backing of the home crowd at the iconic Shanmukhanada Chandrasekharendra Saraswati Auditorium, which had for the first time opened its doors for the sport, but the jury was in no doubt as to who was the superior athlete.

With the mixed pairs’ title going to Sanjana Dalak and Bilal Rao, UP completed a creditable double in the competition. Similar was the case of Sonia Mitra Roy and Sunny from West Bengal, who bagged the crown in the newly introduced Synchronized Routine for pairs.