Atwal had earned a two-year exemption when he claimed his eighth Asian Tour victory at the Dubai Open in 2014. 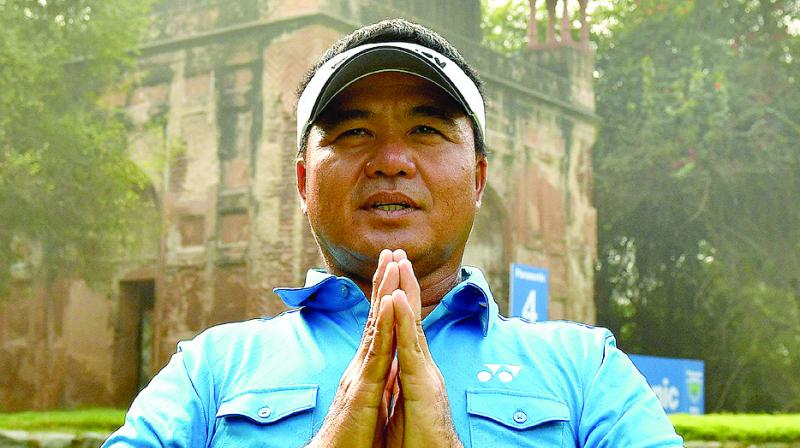 New Delhi: Arjun Atwal will look to improve on his game when he makes his debut appearance at the $400,000 Panasonic Open India golf tournament, which begins here Thursday.

Atwal, placed 70th on the Asian Tour Order of Merit, needs a top-10 finish at the Delhi Golf Club to break into the top-60 on the final money list, which is the cut-off mark for players to retain their full playing rights on the region’s premier Tour for 2017.

Atwal had earned a two-year exemption when he claimed his eighth Asian Tour victory at the Dubai Open in 2014. He hopes to take advantage of his course knowledge for a good show, which will ease his Tour card worries ahead of the season finale next week.

“This course is tight. The key here is to hit as many fairways as you can.

“If you play from the shot grass, you are going to do well. If you start missing fairways, it’s basically a done deal for you,” said Atwal.

“It’s good to be back at the Delhi Golf Club. I have played a lot on this course but it’s my first time playing in this tournament. I am excited to be here. I will treat this week like any other week,” added Atwal.

Defending champion Chiragh Kumar will headline the Panasonic Open India alongside countryman Jeev Milkha Singh, Chikkarangappa S. and China’s Liang Wen-chong, who is making a welcome return to India since his memorable victory at the historic venue in 2008.

Singapore veteran Mardan Mamat, a five-time winner on the Asian Tour but languishing in the 63rd place, keeps up his hopes of turning his season around as he returns to the scene of his breakthrough victory 12 years ago.