Even as he recovers from a torn Achilles tendon, Durant is the top seed in the 16-man field taking on the virtual challenge 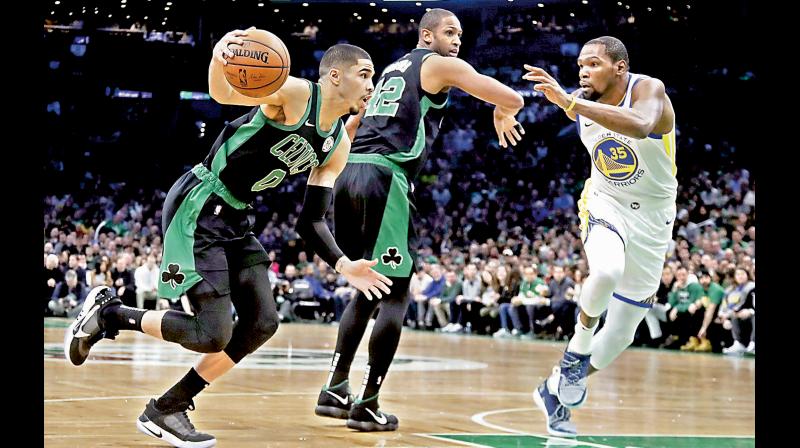 New York: NBA fans starved for action amid the shut-down forced by the coronavirus pandemic will get a taste of competition in an NBA 2K Players Tournament starting on Friday.

Kevin Durant may have been sidelined all season as he recovers from a torn Achilles tendon, but the Brooklyn Nets star is the top seed in the 16-man field of current NBA players taking on the virtual challenge.

The NBA, the NBA Players Association and game maker 2K announced the tournament, which will be aired in the United States on ESPN over 10 days.

"The winner will be crowned the ultimate NBA 2K20 champion and select a charity beneficiary to receive a $100,000 donation from 2K, the NBA and the NBPA in support of ongoing coronavirus relief efforts," the league said.

The seedings are determined by a player's NBA 2K rating -- Durant is a 96 -- and by tenure in the league.

After single-elimination first and second rounds the semi-finals and final will be best-of-three series.