Indian hockey has made significant development in the last decade, but a system has been missing. 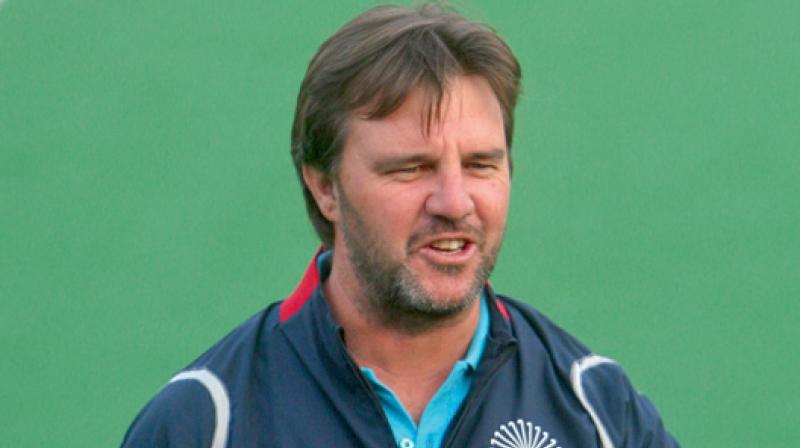 New Delhi: There is a recurring theme whenever top hockey coaches speak of success and failure. Germany’s Markus Weise, Australia legend Ric Charlesworth, Dutchman Marc Lammers, Shane McLeod of New Zealand, or even India chief coach Roelant Oltmans... they all choose not to dwell on players, talent or style of play. It is the “unified system” that these men emphasise on and believe is the only way to take a country ahead.

Experts say that a successful system is the one that creates a long term, sustainable success plan which can operate regardless of the coach in charge. Argentina and Belgium are good case studies.

Both countries — who in the past merely made up the numbers — adopted a unified system for a prolonged period and are now the reigning Olympic gold and silver medallists.

Indian hockey has made significant development in the last decade, but a system has been missing. For success, they look to overseas coaches and the gap between the grassroots and senior level is enormous. Sometimes, so big that most players often struggle or fizzle out by the time they graduate to the big stage.

New high-performance director David John plans to plug just that as he begins a second stint with Indian hockey — he had initially worked as an exercise physiologist in 2011-2012 along with Michael Nobbs — and reveals that he is set to introduce a Coaches’ Accreditation System, which will be a first in Indian hockey.

Says the Australian, “This Coaching Accreditation System will be launched by Hockey India in the near future to ensure all of country’s coaches from primary school level to national squad receive the correct training.

“It is important that all of India’s future coaches understand the way in which our youngsters need to be coached, trained, educated and developed to ensure long-term success.”

John, whose new role entails seeing over the national programme and chart a plan till 2020, spoke about a number of issues. Excerpts:

Q. What changes do you plan to bring to Indian hockey, beginning from the grassroots?
A. The role of director, high performance requires a different skill set to the previous role as scientific advisor. While ensuring the senior men’s and women’s programmes are well planned and managed by competent professionals, I am more concerned with coaching and ensuring the continued development of juniors.

Q. Are you looking to set a Belgium-style unified coaching programme?
A. My first priority has been to develop a coaching accreditation for all Indian coaches... Hockey is a sport that accommodates all shapes and sizes of players. It is important however, that players are taught the basic skills, have experience in different playing positions and can adapt to different playing styles. In the past, many coaches have not adopted these ideas due to a lack of coaching knowledge.

Q. You were credited with bringing scientific knowledge to India in 2010. What role does sport science play in modern hockey?
A. Hockey fitness is an important aspect of the game as shown with the recent success of the junior men’s in the Junior World Cup, but too much emphasis can sometimes be placed simply on fitness. Other aspects of sports science including skill development, talent identification, biomechanics, injury prevention, nutrition and most importantly, sport psychology are key ingredients for success.

Q. India have made rapid strides in the last few years and have begun to win medals at the FIH events. What can one expect in the next four years?
A. The closeness of the competition in both men’s and women’s hockey world-wide means any of the top 10 teams can win on any given day.

After the recent Olympic Games, many of the top teams are regenerating their team lists with younger players and may expect a drop in performance. This is the opposite in India where the majority of India’s men and women are likely to reach their peak performance over the next four years leading to exciting performances and more international success.

Q. What is your vision for Indian hockey?
A. 1) To introduce a modified hockey programme in schools across India with accredited coaches to increase the participation numbers and by doing so, increasing the talent pool available for sub-junior and junior teams;
2) Provide our talented sub-juniors and juniors with national level coaches and sports science to ensure the player’s physical and hockey development are accelerated;
3) Have a vibrant school, academy and domestic competition being coached by Level Two or Three coaches to ensure strong competition for places in the national squads;
4) Ensuring the national squads continue to be coached and staffed by highly skilled and motivated professionals; and
5) To ensure India educates, trains and develops international standard coaches, scientific advisors, physiotherapists, biomechanists, sports physicians to support hockey into the future.