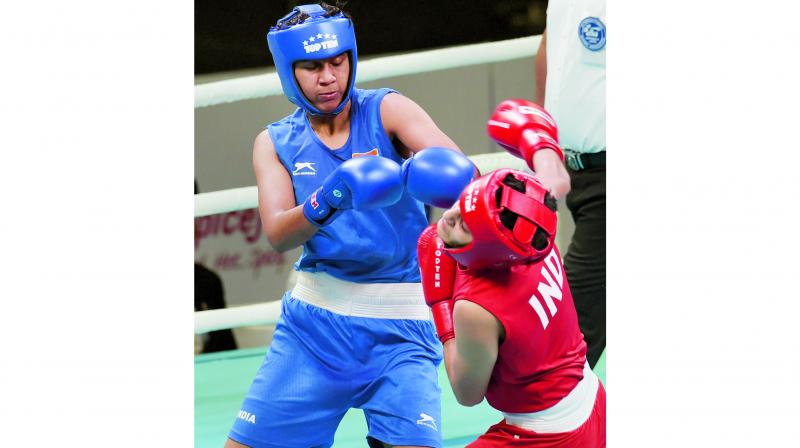 Seeded 12th, Mary Kom (49kg) was up against gritty Mongolian Altansetseg Lutsaikhan. But Mary Kom gained the upper hand with her aggressive approach in the first two rounds. The Manipur boxer appeared tired in the final three minutes but managed to connect just enough blows to come up trumps.

There was a major upset in the men’s draw when world and Asian medallist Shiva (60kg), seeded top in his category, went down in a unanimous verdict to Manish Kaushik.

Former Commonwealth Games gold medallist Manoj Kumar (69kg) also made a shock exit after going down in a split decision to Dinesh in a fiercely-contested bout.

In the women’s draw, top seed L. Sarita Devi (60kg) managed to get a split verdict in her favour against Priyanka, in an evenly fought bout.

However, world youth champion Shashi Chopra (57kg) was upstaged by Sonia in a bizarre contest, in which both the boxers ended up being cautioned for being too defensive.