Their clashes in the El Classico matches were a scene that the entire world witnessed breathlessly. 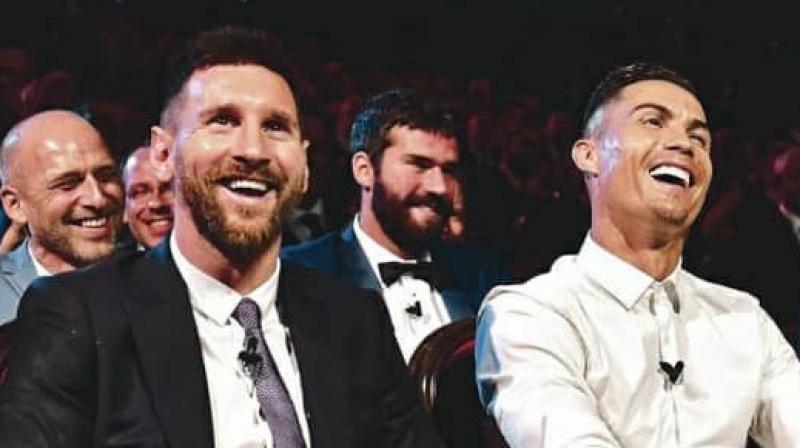 Mumbai: Two players have dominated world football in the last 15 years, Lionel Messi and Cristiano Ronaldo. Both of them are equally talented and both have the same knack of playing beautiful football. They stand head and shoulders above every other footballer.

Many people love to compare the two greats and find out which one is better. But, the truth remains that people should be lucky that they got to gaze upon two of the greatest footballers of all time during their lifetime.

There have often been instances on-field and off-field that have proved that they are not a fan of each other. But, there are moments which prove that both have mutual respect for each other. Their clashes in the El Classico matches were a scene that the entire world witnessed breathlessly.

On Thursday, Ronaldo gave the most beautiful speech regarding his rivalry with Messi. Speaking at the UEFA awards night sitting next to his rival, Messi, he said, “We shared the stage for 15 years, me and him. I don't know that it's ever happened in football, the same two guys, the same stage, all the time. It's not easy."

He also went on to say that he’d love to have dinner with Messi, "We have a good relationship, we have not had dinner together yet, but I hope to have in the future.”

Ronaldo left Real Madrid last season and joined Juventus for a fee of 100 million euros. But leaving Madrid was a hard decision for him, He said, “Of course I miss playing in Spain - we've had that battle the last 15 years, which is good. It pushed me and I pushed him as well. It's good to be part of the history of football. I'm there and of course, he's there as well."

When he was asked about his retirement rumours, he said, “He's (Messi) two years younger than me, but I think I look good for my age. I hope to be here next year and then in two years and three years. So the people that don't like me, they're going to see me here."

Cristiano Ronaldo and Lionel Messi, sitting next to each other, having a conversation... 🐐🐐

"We shared the stage for 15 years. I don't know if it's ever happened. The same two guys. We have a good relationship."

We are blessed to witness what we do 🙌pic.twitter.com/HbicSaS6NW

Reflecting on Ronaldo’s speech on their rivalry, Messi said, “With Cristiano, it was a beautiful rivalry.”