Manchester United has now moved to the fourth position in the Premier League standings whereas Southampton is placed at the 13th position. 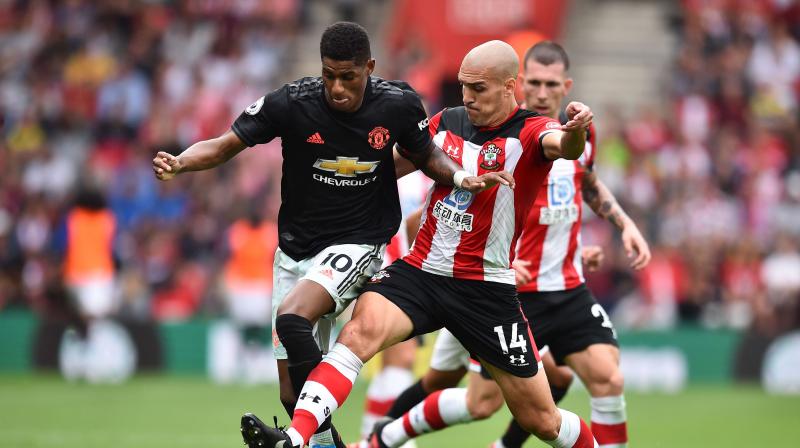 Manchester United and Southampton FC played out a 1-1 draw on Saturday in the ongoing Premier League at St Mary's Stadium. (Photo: AFP)

Southampton: Manchester United and Southampton FC played out a 1-1 draw on Saturday in the ongoing Premier League at St Mary's Stadium.

Since the starting of the match, United was seen playing an aggressive brand of football, which paid a dividend to the team when Daniel James scored for the side in the 10th minute of the match, giving United a 1-0 lead.

Southampton tried to get the equaliser in the first half, but United was able to maintain a tight defence. As a result, no more goals were possible in the first half and United maintained 1-0 lead at the half-time mark.

But just eight minutes into the second half, Southampton were able to get the equalising goal as Jannik Vestergaard registered the goal in the 58th minute, bringing the scoreline to 1-1.

Southampton's defender Kevin Danso was sent off in the 73rd minute as he received his second yellow card. As a result, the team's strength was brought down to just 10.

In the end, neither of the teams was able to register goals and the match ended up as a 1-1 draw.

Manchester United has now moved to the fourth position in the Premier League standings whereas Southampton is placed at the 13th position.

United will next take on Leicester City whereas Southampton will face Sheffield United on September 14.