Manchester United are currently positioned at the fifth place in the league standings with four points from three games. 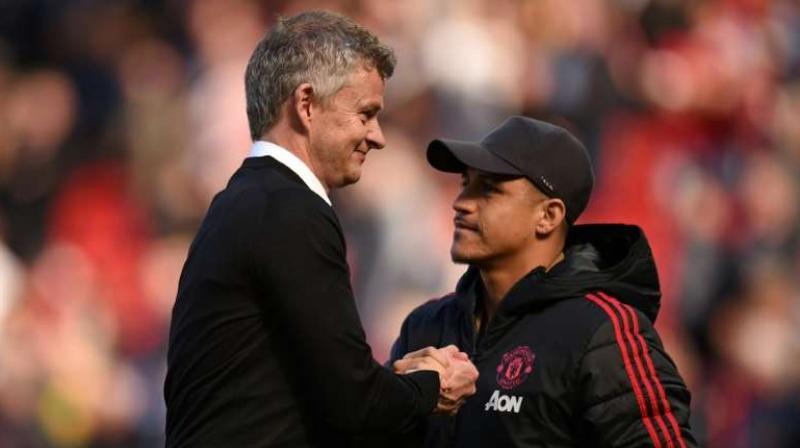 Earlier this year, Romelu Lukaku had also made a switch from United to Inter Milan. Solskjaer said that Alexis Sanchez will come good for the Italian club. (Photo: AFP)

"Alexis needed to go, at the moment we know he is been here for 18 months and it is not really worked out for him. For him to restart and get himself playing regularly and scoring goals that will only benefit everyone. In the end, for us, we are going to watch every weekend to see Romelu and Alexis playing together," Goal.com quoted Solskjaer as saying.

Earlier this year, Romelu Lukaku had also made a switch from United to Inter Milan. Solskjaer said that Sanchez will come good for the Italian club.

"He will come good for them. For us, we had a decision to make, I'm trusting Anthony [Martial], Marcus [Rashford], Mason [Greenwood] to be our centre-forwards," Solskjaer said.

"We have got wingers in Chongy (Tahith Chong), Dan James, Andreas Pereira, we've loads of options. For me, it is time for our boys to feel that pressure and responsibility, to be more robust, to know they have to play five games in a row," he added.

Manchester United are currently positioned at the fifth place in the league standings with four points from three games.

The team won their first match against Chelsea 4-0, but the side had disappointing results in their next two matches.

United had to settle with a draw against Wolves whereas they lost 1-2 against Crystal Palace.

They will next take on Southampton FC on Saturday, August 31.