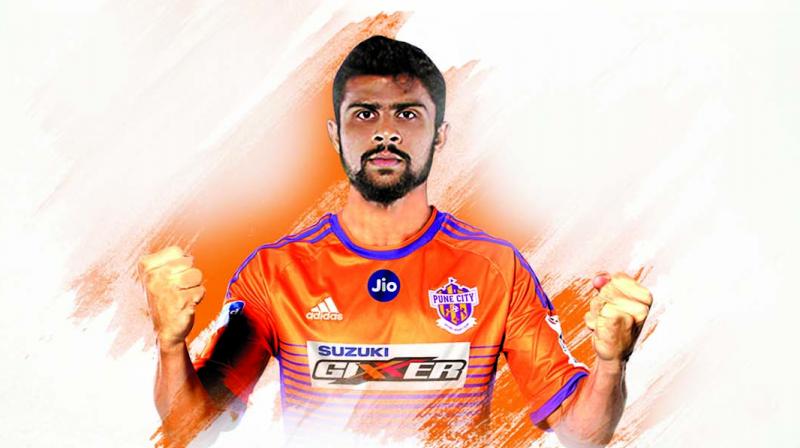 FC Pune City has signed Keenan Almeida to solidify their squad’s defensive line-up for the 2018-19 season. The Goan right-back was excited to be part of the Rajesh Wadhawan Group and Bollywood star Arjun Kapoor co-owned Indian Super League club.

Almeida began his professional career in Goa playing for Salgaocar, Sporting Clube De Goa playing before joining FC Goa in 2015 for Indian Super League. After spending two seasons with the Gaurs, Almeida was picked by eventual champions Chennaiyin FC in the 2017-18 ISL draft.

“The club approached with a definite plan for me, something that I could immediately connect with. Getting good playing time is crucial for any player and that’s what I will be looking forward to with FC Pune City," he said.

FC Pune City CEO Gaurav Modwel called Almeida a versatile defender. “Keenan is a very good player and will bring much needed versatility to our back line. He has a title-winning run under his belt with his previous club, which means he comes with the right mentality which matters a lot too.”