The Portuguese stated that his boys are absolutely up for the challenge. 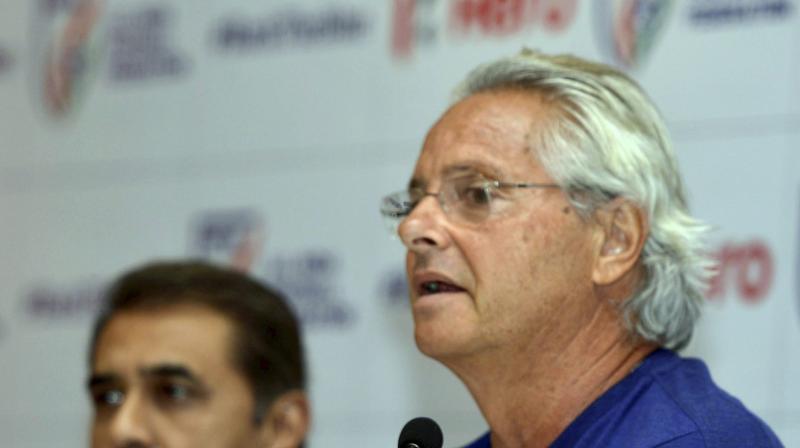 India, who is hosting FIFA U-17 World Cup for the first time, is in Group A with USA, Colombia and Ghana. (Photo: PTI)

New Delhi: With just six days to go for the biggest football event India have ever witnessed, the FIFA U-17 World Cup 2017, Indian team coach Luís Norton de Matos has said that his team has the potential to win the event and that they are absolutely up for the challenge.

Speaking to ANI, de Matos said that his team is very capable and that he is confident that some of the players would be having their names in the senior team in the near future.

Amarjeet further said that bonding in the team is superb and, therefore, his team will be at their menacing best in the tournament.

India, who is hosting FIFA U-17 World Cup for the first time, is in Group A with USA, Colombia and Ghana.

And, incidentally Colombia, the first team to arrive in the nation for the FIFA World Cup, are practising at the same training ground as India.

The Indian Colts face USA on October 6, before locking horns with Colombia and Ghana on October 9 and October 12 respectively at New Delhi's Jawaharlal Nehru Stadium.