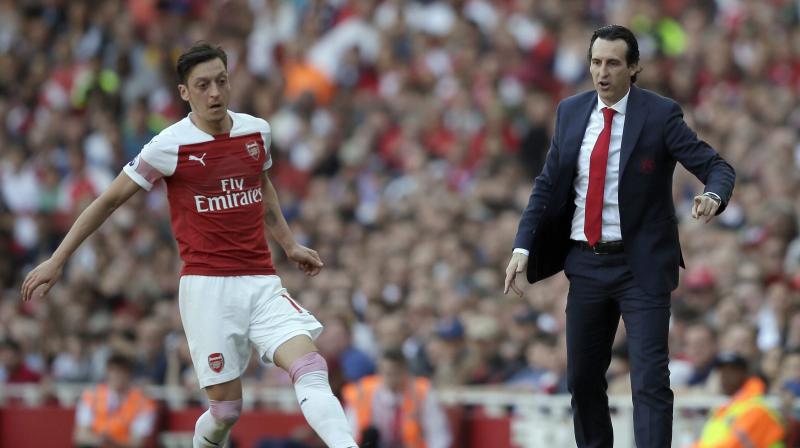 The defeat means Arsenal failed to earn a spot in next season’s Champions League for the third successive season, but Emery said another Europa League campaign would not put off potential targets joining the club. (Photo: AFP)

Baku: Some players may need to leave Arsenal as Unai Emery continues to rebuild the squad the manager has said after they were thrashed 4-1 by Chelsea in the Europa League final in Baku.

Emery said his team, who finished fifth in the Premier League, were still very much in a “process” and he would evaluate his options over the summer.

“But our idea is to continue carrying on improving with the young players who arrived last year.

“Maybe some players need to leave, to take a new way. We are closer to the other teams. At the moment it’s not enough, but we can continue with the same team next year.

“Other players will come in and help us get better in our capacity.”

The defeat means Arsenal failed to earn a spot in next season’s Champions League for the third successive season, but Emery said another Europa League campaign would not put off potential targets joining the club.

“I think Arsenal is a big name in the football world, and a lot of players want to play here,” Emery added.

“The transfers, I don’t know for next year. But the club is working to improve and to take all we need to go our way.

“Also we have a lot of players with the possibility to improve.”

Emery, however, conceded that Chelsea had deserved the victory.

“We tried to stay in the match but their second goal made it difficult for us,” Emery added.

“It was going better for them and when we wanted to do something, we couldn’t find what we needed to score. They deserved to win.”