There have been speculations that Sarri might end up leaving the club and he may no longer continue as the manager of the team. 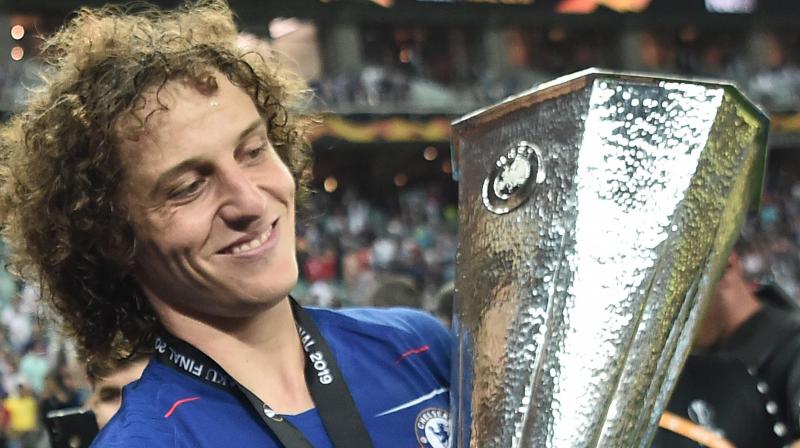 Leeds: Chelsea's defender David Luiz on Thursday hailed Maurizio Sarri and said that the team's manager has been amazing for the club.

His words come after Chelsea's 4-1 win in the finals of Europa League against Arsenal on Wednesday. There have been speculations that Sarri might end up leaving the club and he may no longer continue as the manager of the team.

"He's been amazing for this club. I don't know about the speculation, everybody talks about everything. Now is the time to talk about the title," Goal.com quoted Luiz as saying.

"Sarri believed in my game. He's a great guy, a great coach and he deserves this. I think it was a great year. We had ups and downs but I think we improved a lot, learned a lot and finished very well," he added.

Sarri still has two seasons left to run on the contract he signed for Chelsea in July 2018. Sarri said that Premier League is one of the best competitions in the world and said he is lucky to be involved with Chelsea.

"So, at the moment, I am happy. But, of course, I want to know if the club is happy. If we can improve. That's normal, I think. But I do a discussion with the owner, the president, the director after every season in every club, so I think it's normal," he added.