'It would be OK for me. As a sportsman you have to be fair' 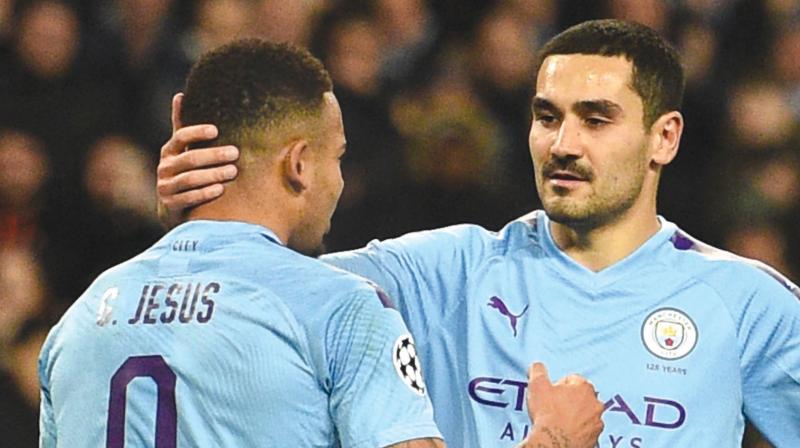 London: Liverpool should be awarded the Premier League title if the season cannot be completed due to the coronavirus pandemic, says Manchester City midfielder Ilkay Gundogan.

Jurgen Klopp's men were a tantalising two wins away from their first league crown since 1990 when the season was suspended earlier this month.

The shutdown is currently due to last until April 30. Premier League chiefs are due to meet on Friday, with no indications of when football will resume.

Gundogan, whose side trail Liverpool by 25 points, told German broadcaster ZDF that if the season could not be finished, Klopp's side deserved the title.

The 29-year-old German international, who has won the Premier League title with City for the past two seasons, said it was unlikely that he and his teammates could resume training at the end of April.

"Honestly, I can't imagine (that happening) and also, I don't know how realistic it is," he said.

Aleksander Ceferin, president of European football's governing body UEFA, said on Saturday that the 2019/20 campaign could be "lost" if it could not be restarted by the end of June.

Gundogan conceded that Premier League chiefs were faced with a difficult choice.

"There are different opinions," he said. "For clubs who have had a very good season, it obviously wouldn't be nice if it was cancelled now.

"On the other hand, for clubs who aren't doing as well and are maybe in the relegation places, an abandonment would obviously suit them."

Cancellation would have a knock-on effect on the second-tier English Championship, with both Leeds United and West Brom occupying the two automatic promotion places.

Gundogan said he would be willing to take a pay cut if English clubs followed the examples of Serie A leaders Juventus and his former club Borussia Dortmund.

"Of course I think it's OK, that goes without saying -- (but) there's been no discussion in England yet," he said.