Carlo Ancelotti and Nigel Pearson continued to revive their clubs with Everton and Watford claiming their second Christmas wins. 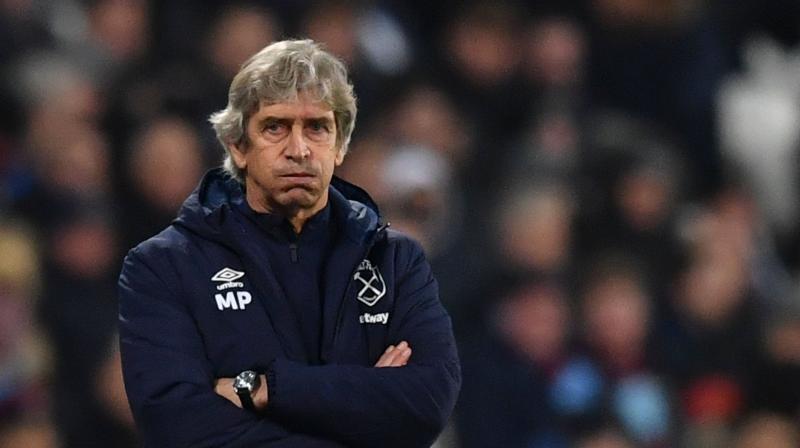 Tottenham Hotspur’s hopes of moving into the top four stalled in a 2-2 draw at bottom club Norwich City, while Manchester United moved within a point of the Champions League places after a 2-0 win at Burnley.

Carlo Ancelotti and Nigel Pearson continued to revive their respective new clubs with Everton and Watford claiming their second Christmas wins, but once again the use of VAR dominated the airwaves and social media with further controversies.

The day’s major drama came at the London Stadium where West Ham’s loss proved the final straw for the club’s owners, who announced Pellegrini’s dismissal after the Leicester defeat.

After the result left the Hammers one place above the relegation zone in 17th place, joint-chairman David Sullivan announced in a statement: “It is with great disappointment that we’ve had to make this decision.

“We felt it was necessary to act now in order to give the new manager as much time as possible to try and achieve that goal.”

After second-placed Leicester’s heavy defeats by Manchester City and Liverpool, manager Brendan Rodgers made nine changes to his side for the trip to West Ham - the most by a Premier League manager so early in the season since 2010.

But the Foxes had too much for flimsy West Ham as goals by Kelechi Iheanacho and Demarai Gray, who also missed a penalty, helped close the gap at the top to 10 points, albeit with Leicester having played two more games than Liverpool.

The win, less than 48 hours after a 4-0 home drubbing by the Merseysiders, lifted Leicester four points above third-placed Manchester City and revealed the depth in their squad.

“It was such a quick turnaround it was a game I felt we had to be fresh,” Rodgers, without league-leading scorer Jamie Vardy who has excused duty after becoming a father again on Saturday, said.

Not for the first time in the league, several VAR interventions overshadowed the action, none more so than at Norwich where the hosts thought they had gone 2-0 up against Tottenham, only for Teemu Pukki’s effort to be ruled out for an offside decision not detectable by the naked eye.

Earlier, Brighton & Hove Albion’s Dan Burn had a goal wiped out by VAR, although it was not costly as his side beat Bournemouth 2-0 to ease away from trouble.

Crystal Palace’s Max Meyer also had an effort ruled out for offside after a VAR check as they drew 1-1 at Southampton.

Norwich, for whom Mario Vrancic scored early, could feel hard done by though as Pukki’s goal was ruled out.

“I thought we wanted to support the attacking players and if there was any doubt it should go to the offensive players,” Norwich manager Daniel Farke said.

Christian Eriksen levelled for Spurs only for a Serge Aurier own goal to hand the Canaries the lead before Kane fired in a spot-kick on his 200th Premier League appearance.

Victory would have taken Tottenham above London rivals, Chelsea, into fourth but instead, they slipped to sixth, two points behind.

While the title race may lack drama, the battle for the top four is set to be a close one and Manchester United are firmly in contention after ending the year with back-to-back wins.

United dominated Burnley at Turf Moor but did not go ahead until Anthony Martial scored in the 44th minute after an error from full-back Charlie Taylor.

Sean Dyche’s side put United under late pressure and David De Gea did well to keep out a low drive from Phil Bardsley before Marcus Rashford made sure of the points with a goal in stoppage time.

Everton continued to move in an upward direction under Ancelotti who has won both of his matches in charge.

Two goals by Dominic Calvert-Lewin sealed a 2-1 victory at Newcastle United that lifted the Toffees into the top half.

Watford beat Aston Villa 3-0 and, despite remaining second from bottom, fans are dreaming of a great escape of the sort Pearson engineered at Leicester in 2014-15.

Pearson’s side played for more than half an hour with 10 men after defender Adrian Mariappa was sent off but they already led through Troy Deeney’s opener in the 42nd minute. Deeney then slotted home a penalty and Ismaila Sarr added a third.