It is alleged his behaviour amounts to improper conduct, the FA said in a statement. 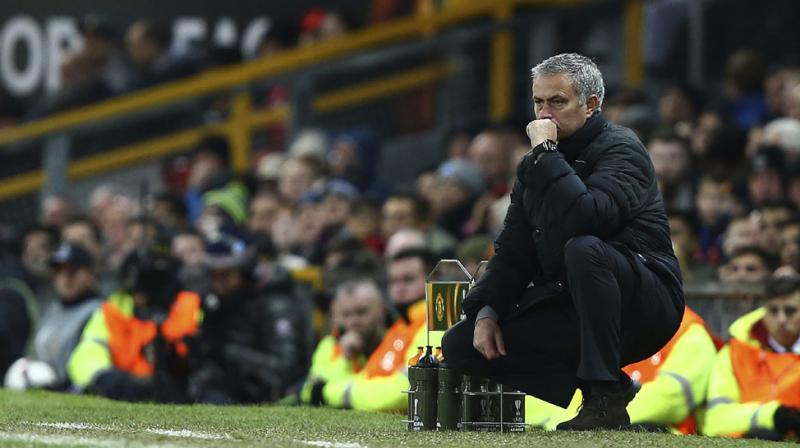 Jose Mourinho was also banned from the touchline for one match and fined a total of 58,000 pounds ($71,972) for two separate incidents of misconduct in October. (Photo: AP)

Manchester: Manchester United manager Jose Mourinho has been charged with improper conduct by the FA after he was sent off at the weekend for the second time in a month.

The Portuguese was banished from the dugout in the 27th minute of Sunday's 1-1 home Premier League draw with West Ham United after booting a water bottle down the touchline following what he felt was an unjust booking for midfielder Paul Pogba.

"It is alleged his behaviour amounts to improper conduct," the FA said in a statement on Monday. "He has until 6pm on 1 December 2016 to respond to the charge."

Mourinho was also dismissed for verbally abusing referee Mark Clattenburg at halftime during a match against Burnley at the end of last month.

The former Chelsea, Real Madrid, Inter Milan and Porto boss was banned from the touchline for one match and fined a total of 58,000 pounds ($71,972) for two separate incidents of misconduct in October.

He admitted using abusive and/or insulting language towards Clattenburg and was fined 8,000 pounds for the incident and banned from the touchline for one game.

Mourinho was also charged and fined a further 50,000 pounds for comments he made about referee Anthony Taylor ahead of a game against Liverpool.

United are sixth in the Premier League with 20 points from 13 matches, 11 adrift of leaders Chelsea.