Sports   Football  29 Sep 2018  Pogba vs Mourinho: Is this end of the road at Man United?
Sports, Football

Pogba vs Mourinho: Is this end of the road at Man United?

The former United youth player may eventually get the move to Barcelona that was mooted in August. 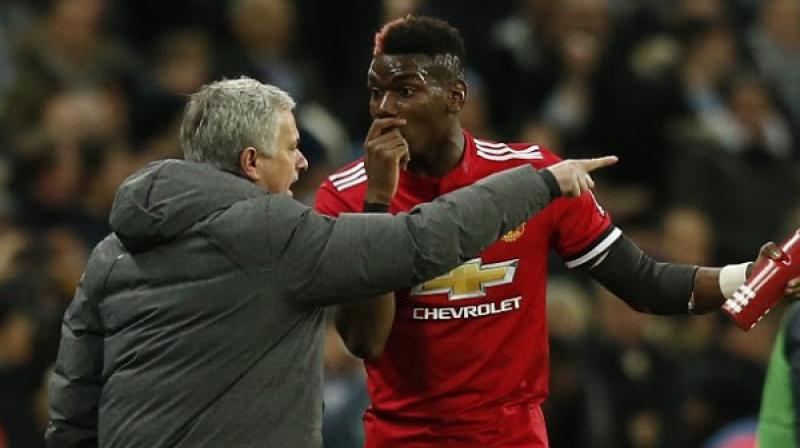 London: Paul Pogba’s relationship with Jose Mourinho appears to be fractured beyond repair after the Manchester United boss said the French World Cup star would never captain the side again.

Pogba, who returned to Manchester in 2016 for a then world-record fee of £89 million ($117 million) struggled towards the end of last season, left out of the starting line-up or substituted on a number of occasions.

Fresh from playing a pivotal role in France’s World Cup success, the midfielder has started to deliver on his price tag this season — scoring four times so far and deputising as captain in the absence of Antonio Valencia.

But Mourinho appears to have lost his patience with his high-profile star after Pogba urged United to attack more following a 1-1 draw with Wolverhampton Wanderers at the weekend, implicitly criticising the cautious approach of his boss at a club famed for gung-ho football.

According to the Times, Mourinho informed Pogba of his decision on the captaincy in front of his teammates on Tuesday, claiming the 25-year-old “doesn’t represent what a captain is and Manchester United is bigger than anyone”.

“The only truth is I made the decision of Paul not to be the second captain anymore,” said Mourinho after Tuesday’s shock League Cup defeat against Derby County on penalties, for which Pogba was rested. The Portuguese said there would be “no fall-out at all, no problem at all”.

But it does not look that way to fans of United, watching on helplessly as their side falls further behind great rivals Liverpool and Manchester City in the Premier League. The often-abrasive Mourinho has a history of falling out with high-profile players.

While at Real Madrid he demoted Spain goalkeeper Iker Casillas to the anger of the club’s fans and at Chelsea he did not see eye-to-eye with Juan Mata, whom he now manages at Old Trafford.

Barcelona move?
It looks increasingly likely that Mourinho will be unable to repair his relationship with Pogba, and it seems to be more a question of who will be first to leave the club.

The former United youth player may eventually get the move to Barcelona that was mooted in August, with the Daily Mail on Wednesday reporting he has already told Mourinho he wants to leave for Spain.

That may seem a relatively simple solution but executive vice-chairman Ed Woodward is reportedly desperate not to lose the biggest global star at the club.

And despite Pogba’s griping and noise from his super agent, Mino Raiola, Mourinho will not necessarily be seen as the bad guy in the saga by United fans.

Mourinho, who is again the favourite with one leading bookmaker to be the first Premier League manager sacked this season, said in his programme notes for Tuesday’s League Cup clash against second-tier Derby that “95 percent isn’t enough when others give 101 per cent”.

Whether or not that was a barb aimed at Pogba, sections of United’s fans have been intensely frustrated with the midfielder’s inconsistent performances for the club.

Ironically, Pogba’s provocative remarks about United’s style came after Mourinho had held out an olive branch. The United boss said Pogba’s success with France has given the midfielder an extra surge of energy.

“I think good results, and good performances, they make miracles,” said Mourinho at his press conference on Friday before the Premier League match against Wolves.