A league of their own

On National Sports Day, we look at the reduced attention that is now given to cricket, paving the way for other sports to get recognized. 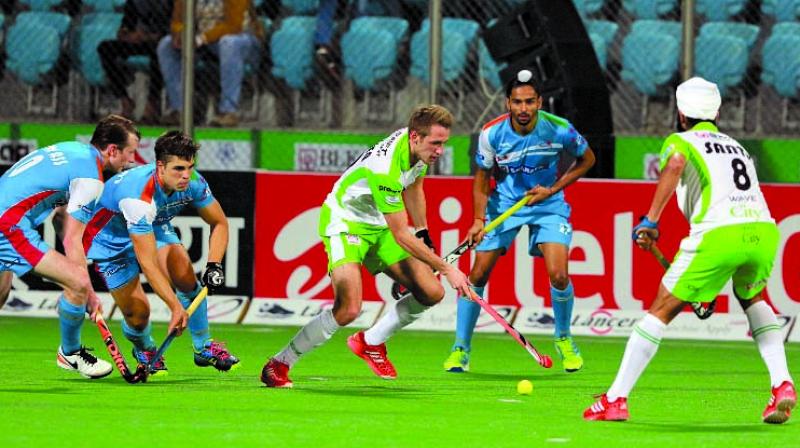 On the occasion of National Sports Day, celebrated on the birth anniversary of hockey legend Major Dhyan Chand, it is essential to also give special attention to hockey, a sport that continually gave way for cricket mania.

In a country where cricket is considered a religion and Sachin Tendulkar the God, it’s natural for the sport to hog the spotlight, so much so that other sports — be it football, hockey, badminton or tennis — used to get the step-motherly treatment.

However, the sports scenario in the country is changing slowly and steadily, as achievements in other sports are celebrated with equal enthusiasm. Be it Hima Das winning medals in sprint running, or PV Sindhu nabbing the gold at the BWF world championship, news about Indian athletes making a mark in a variety of sports is now mainstream.

Even a traditional sport like Vallam Kali boat racing in Kerala is getting its own IPL style league called the Champions Boat League.

On the frontline
On the occasion of National Sports Day, celebrated on the birth anniversary of hockey legend Major Dhyan Chand, it is essential to also give special attention to hockey, a sport that continually gave way for cricket mania. The field sport is increasing in popularity, and national player Yuvraj Walmiki feels that it’s the results that matter. He says, “Over time, people are switching from cricket to watching other sports, and I think it’s because of the results that athletes produce. Talking about hockey, we’re doing really well. The biggest task is always qualifying for the Olympics, but winning Asian Games and Junior World Cup in these five years are good results.” The 2014 Asian Games gold medal, which the team won by beating Pakistan, is one of the highlights for Indian hockey.

Football, a sport that is deeply rooted in India’s DNA, especially in the eastern regions, is also often overshadowed by cricket. Although club football has it’s own fanbase, the introduction of the Indian Super League has football becoming more and more popular, and young people considering it a feasible career option. Steven Dias, who has played international football since 2004 and is now playing his part as a coach, feels that the tournament has changed people’s outlook towards football. “After ISL, people started watching matches on TV and also started following the English Premier League. The parents also started taking an interest in football. There are many academies where parents themselves get their children admitted in football,” he says.

Dias notes the importance of having a good broadcasting channel for other sports to take centre stage. “Before ISL the I-League and football were there, the only thing changing now is that matches are now coming on Star Sports. It used to come on DD Sports before, and people hardly got to see it. Now people can watch at home,” he explains.

Kabaddi is another sport that has made it to the frontline. The game, which was mainly played in remote parts of the country, is today being seen as a competitive sport. Mustafa Ghouse, CEO of JSW Sports, the owners of the Haryana Steelers in the Pro Kabaddi League, feels that the tournament has helped popularise the game. “With the game getting more professional and star players being recognized nationally, the sport is no longer seen as a local game. In fact, you only have to look at the Asian Games last year to see how competitive the game has become globally,” he says. Before the 2018 Asian Games, the Indian kabaddi team dominated the tournament but used to receive very little recognition.

The power of Bollywood
The franchise-based sporting leagues open up avenues for investments from various industries, particularly from Bollywood. Dias feels that the involvement of celebrities is giving a boost to sports. “Sachin Tendulkar used to own Kerala Blasters. So if you see Kerala matches, the stadium is packed. I would say Kerala fans are there, but Sachin fans also come and watch the matches,” the former footballer says.

Valmiki is in agreement. “If you really want to grow hockey, get the Bollywood stars. For two years I was playing for Delhi Wave Riders, and John Abraham was the co-owner. So when we had matches in Mumbai, I would give out 300 passes of which 200 people would ask me ‘When are you introducing us to John?’,” he laughs.
As for kabaddi, Ghouse is also happy with the engagement that celebrity investment has brought about in the sport, but “any product can only sustain itself if it provides good quality and value to its stakeholders,” he warns.

Room for improvement
Although the situation of sports is getting better on the whole, some aspects still need deep introspection. Para swimmer Shams Aalam draws our attention towards para-sports, which he feels are being ignored. “When PV Sindhu won at the world championship, Modi ji congratulated her. Para-athletes won 12 medals in the same tournament, but nobody bothered to wish them,” he quips, adding that the para-sports committee is not working to popularise the sports. For example, tt the Asian Games last year, able-bodied athletes won 70 medals, whereas the para-athletes won 73. However, the para-athletes were not given the recognition they deserved.

Meanwhile, Valmiki feels that Indian hockey is paying more attention to the core team. “If you really want to improve the game, then we have to concentrate on the grassroots. They are not nurturing new talent. They need to go to the remote areas and find the talent, that would really help,” he says in conclusion.