Spain's La Liga set for individual training return on May 4

According to Spanish PM, this de-escalation phase will take six-eight weeks for the whole of Spain to get into transition phase 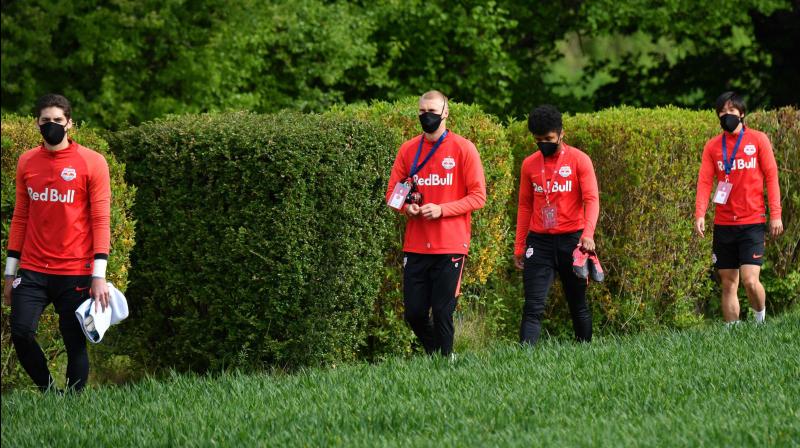 Players need to arrive at their club's training facilities already in kit, with gloves and masks on. AFP Photo

Madrid: Spain's professional athletes including La Liga players can restart basic training from May 4, the country's government has announced.

The Spanish top-flight has been on hold since March 12 due to the coronavirus pandemic.

Prime Minister Pedro Sanchez said the decision was the first move in lifting lockdown measures which will be done in four stages across two months.

"The first phase, or phase 0, is the preparation to transition phase or the de-escalation phase, which we are already in," Sanchez said.

"In the best-case scenario, this de-escalation phase will take a minimum of six weeks and the maximum duration we want to see is eight weeks for the whole of Spain," he added.

Only in later stages of the process will full sessions be able to take place.

The announcement allows the league's clubs to restart individual sessions with their squad members, a protocol agreed upon by La Liga and the Spanish Football Federation earlier this month.

According to local reports players will have to undergo Covid-19 screening tests before returning to training.

They will have to arrive at their club's facilities already in kit, with gloves and masks, and only a maximum of six players can be on the pitch at the same time.