Cannavaro’s decision means China remain without a head coach with qualifying for the 2022 World Cup in Qatar due to begin in September. 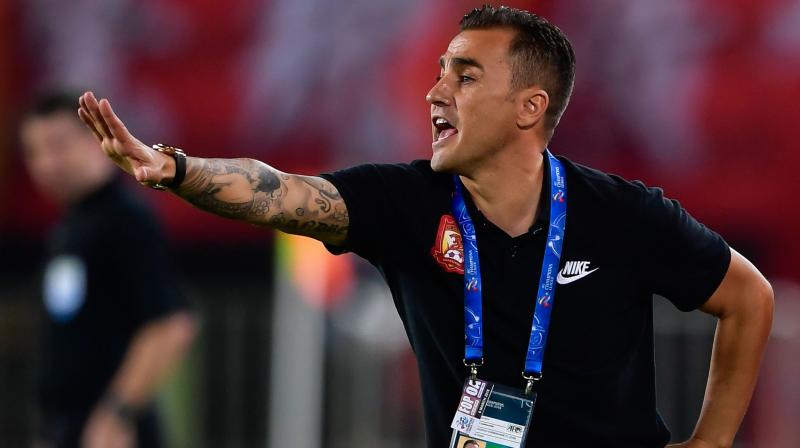 Hong Kong: Fabio Cannavaro has said he is standing down as interim coach of the Chinese national team and will instead focus on his role at the helm of Guangzhou Evergrande.

Cannavaro, who was in charge for two friendly internationals last month, released a statement on Chinese social media outlet Weibo on Sunday saying that trying to perform both duties made it difficult to spend time with his family.

“Out of respect for the great country of China, I think it’s necessary to announce that I have decided to give up my job as head coach of the Chinese men’s football team,” said Cannavaro, who has been Guangzhou Evergrande coach since December 2017.

“I really appreciate that the Chinese Football Association and Evergrande want me to coach the two most important teams in China at the same time, but dual duties distract me from my family.”

Cannavaro did not cover himself in glory during his short time in charge of China, with the side coming under fire from fans and media after losing to Thailand and Uzbekistan to finish last in the four-team China Cup.

However, he has made a strong start to the season with Evergrande, with the club in second in the Chinese Super League, three points behind leaders Beijing Guoan after seven games.

“As head coach of Evergrande, I want to pour all my passion and expertise as always,” he said.

“I will do my best to help China’s young players keep growing and improving, and help our club to achieve good results in the Chinese Super League and the Asian Champions League.

“I wish China’s men’s football team good luck in the qualifiers for the 2022 World Cup."

Cannavaro’s decision means China remain without a head coach with qualifying for the 2022 World Cup in Qatar due to begin in September.

The country will be attempting to secure a spot at the finals for the first time since their debut appearance in 2002.