Valverde said if Messi misses out a game, the club lacks an 'absolutely decisive player'. 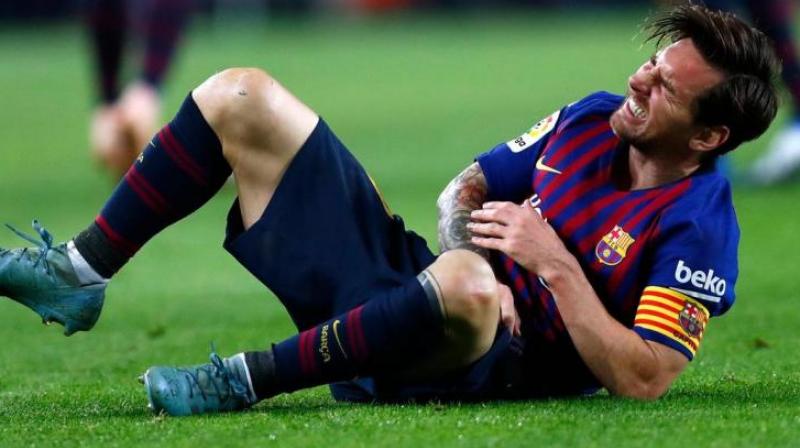 Barcelona registered a 2-1 victory over Villarreal in La Liga on Wednesday. (Photo: AFP)

Leeds: Barcelona manager Ernesto Valverde is uncertain about Lionel Messi's comeback after the latter sustained an injury during Villarreal clash.

"I don't know how long he will be out. We hope he will be with the team soon. It is not serious, it is a small strain and we will see next week how everything goes," Goal.com quoted Valverde as saying.

Barcelona registered a 2-1 victory over Villarreal in La Liga on Wednesday. However, Messi elongated his left adductor and was substituted in the match after the first half.

Valverde said if Messi misses out a game, the club lacks an 'absolutely decisive player'.

"If he is [playing] we have strengths and if he does not then we lack an absolutely decisive player. But we have resources to manage. It is a setback but we must continue," he said.