Sports   Football  28 Sep 2018  Hurt and injured Poojary is a player in the making
Sports, Football

Hurt and injured Poojary is a player in the making

Can this 23-year-old Nerul lad live up to expectations in the new season of ISL? 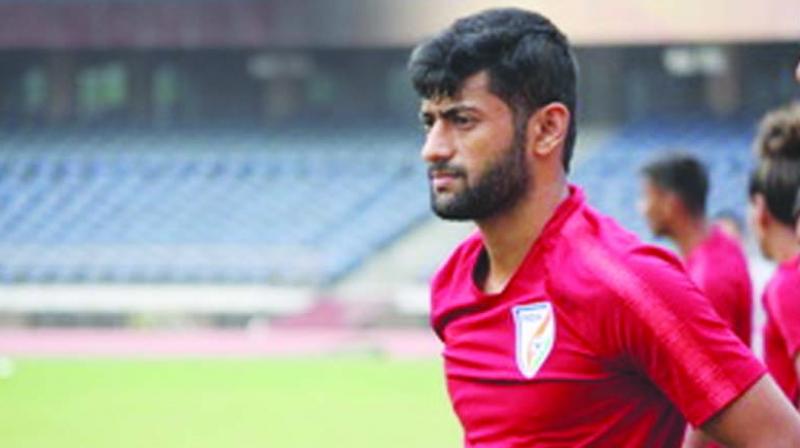 It was because of an Anterior Cruciate Ligament injury that sidelined Poojary for almost a year.

He had a dream debut with the senior Indian team in his hometown where the team came from behind to beat Mauritus. Nikhil Poojary had the right start to his career in the floodlights of the Mumbai Football Arena. Senior coach, Stephen Constantine had recognised his talent quite well and the forward was in his plans. Why didn’t we see the footballer in Indian team after that? It was because of an Anterior Cruciate Ligament injury that sidelined Poojary for almost a year.

A contract with his then club East Bengal FC seemed far-fetched. The Indian team was seeing young talents in the likes of Anirudh Thapa making it to the big stage. On the other hand, All India Football Federation (AIFF) had not lost hope with Poojary. After the surgery in his left knee, he was called to Goa for rehab which was followed by constant nagging to regain his fitness. Not the just the medical staff but even Constantine who also coaches the Under-23 squad was after him. “If it was not for their constant pressure, I wouldn’t be here today,” says the 23-year-old forward who signed a contract with Indian Super League franchise FC Pune City this year.

A long camp of 45 days in August earlier this year went past like a week for him. One of those weeks where you don’t get a holiday to pass a big exam. The challenge was to see out the first few days where he could not even get the right touch at the ball, all his shots were going wide, he was losing the balls fairly easily. “I had the lowest score on all the tests and drills that were taking place. It was obviously very heartbreaking at the start but the coaches had their faith in me,” he recalls.

“I did not want to disappoint them or myself. It took me a while but by the end of those 45 days, I was back in groove and I played all the games for the under-23 team,” he adds.

The greater test
The training was just the start of it. The team had to play South Asian Football Federation (SAFF) Under-23 Cup in Dhaka, Bangladesh. It was stroll was the Indian contingent till the semi-final. Why? Because the neighbors, Pakistan were there. They were vulnerable since the country was suspended for almost a year but they managed it to the semis of the cup. India being the dominant side with an experienced coach had the game in its clutches but the pressure is always on since it is India versus Pakistan be it on the cricket pitch or the football field.

It started off with phone calls from relatives who were not that bothered before other games. “I was getting calls and messages from people telling us to win no matter what. It was like a derby game but against another country. We approached it like any other game and we won eventually,” he says talking about the 3-1 win earlier this month.

A new beginning
For most of his life, Poojary has sturggled to find a club. He has slept on railway stations, worked in the dressing rooms, and traveled with the fans even to get a trial. Now, he has a contract with FC Pune City who had an eye on him since his debut. “Even after my injury, they were approaching me and that is why I signed for this team,” he says.

His time in the I-league was mostly spent in Kolkata. Poojary left without a train ticket to play football over there after failing to get a break in Mumbai. Luckily, there was another Mumbaikar present there — Khalid Jameel. A stern figure in Indian football, Jameel acted as guardian angel for Poojary in completely new setting of Kolkata. “His guidance before and after the injury has been helpful in my career. Even he faced the ACL injury and he helped me throughout to become a good footballer,” he says.

Now from Jameel, he will have a fairly new setup with a Spanish coach in Migeul Angel Portugal.