Bury FC, one of English football's oldest clubs, were expelled from EFL on Tuesday due to their financial problems. 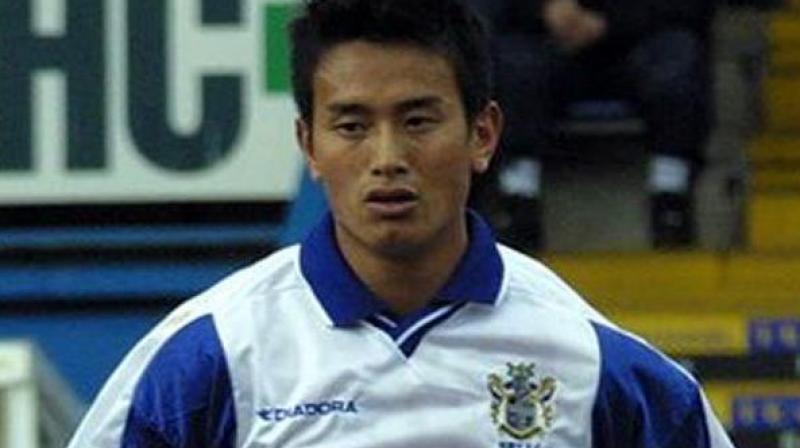 Bhaichung Bhutia was a part of Bury FC after signing a three-year contract with them in 1999. (Photo: Twitter/ Bury FC)

Manchester: Bury, one of English football's oldest clubs, were expelled from the English Football League (EFL) on Tuesday after failing to resolve their financial problems or find a new buyer, the EFL said in a statement

C&N Sporting Risk pulled out of its proposed takeover of the League One (third-tier) side just a few hours before the deadline to meet the league’s requirements.

Bury joined the Football League in 1894, nine years after they were founded, and won the FA Cup in 1900 and 1903. They are the first team to be expelled since Maidstone in 1992.

Multiple media reports suggested at least three late offers had been submitted to buy Bury but the league, which had already suspended five scheduled fixtures for the club this season, decided to end their participation in the league.

“Having fully considered all available options, including a number of late expressions of interest provided to the EFL, the EFL Board has unanimously determined with enormous regret that Bury’s membership be withdrawn,” said the statement.

“The EFL Board had maintained that there could be no further suspensions to the fixture list and that these ongoing concerns and the integrity of the competition were a significant factor in the decision.”

In a separate decision, the EFL ruled that fellow third-tier side Bolton Wanderers, another club with acute financial problems, had 14 days to resolve their situation or face the same outcome.

Bury owner Steve Dale had informed the EFL last weekend that he had accepted an offer from C&N Sporting Risk.

The firm are a data and analytics company owned by Rory Campbell, son of Alastair Campbell, the ex-communications chief for then-British Prime Minister Tony Blair, and Henry Newman, a former joint manager of lower league Barnet.

C&N said its withdrawal came after conducting due diligence.

Debbie Jevans, EFL Executive Chair, said: “Today is undoubtedly one of the darkest days in the League’s recent history. The EFL has worked determinedly and tirelessly to avoid this outcome and it is with a heavy heart that this situation has been forced upon us.

“No one wanted to be in this position but following repeated missed deadlines, the suspension of five League fixtures, in addition to not receiving the evidence we required in regard to financial commitments and a possible takeover not materialising; the EFL Board has been forced to take the most difficult of decisions,” she said.

While Bury have spent recent decades in the lower divisions, they had a proud history in the North West of England, the region which has long been a heartland of the game.

Bury’s record 6-0 FA Cup final win over Derby County in 1903 was only equalled this year with Manchester City’s victory over Watford.

Although the team nicknamed ‘The Shakers’ have not been in the top flight since 1929, they were in the second tier as recently as 1999.

Bury won promotion to the third tier last season but in July were given a 12-point deduction after entering into a company voluntary arrangement to try to clear some of their debts.