Swiss prosecutor rejects criticism of his handling of FIFA probe

FIFA has the status of a private plaintiff in the probe into suspected breach of trust, fraud, embezzlement and money laundering. 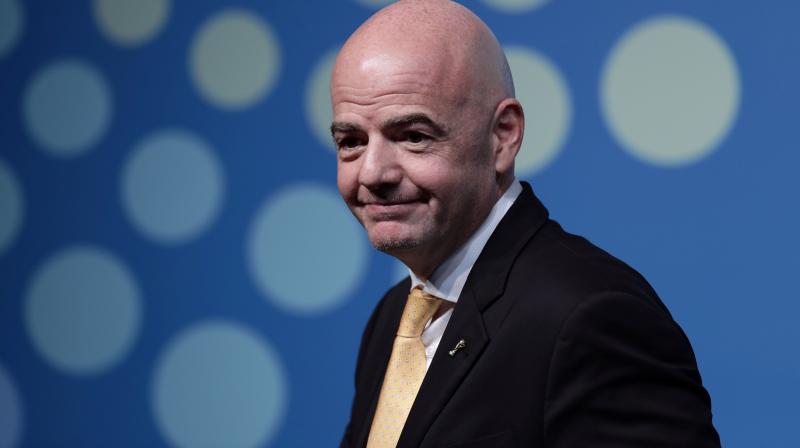 Lauber’s office has been investigating several cases of suspected corruption surrounding Zurich-based FIFA after it filed a criminal complaint in November 2014. (Photo: AFP)

Zurich: Switzerland’s top prosecutor defended his handling of a high-profile investigation into soccer corruption on Saturday amid scrutiny of closed-door meetings he has held with FIFA President Gianni Infantino.

Michael Lauber, who faces re-election by parliament in June as attorney general, has described two meetings with Infantino as ways to help coordinate his investigation, which treats the global soccer body as a victim rather than a suspect.

But media reports of a third confidential meeting prompted a preliminary investigation by the watchdog that oversees Lauber’s agency. The head of the watchdog said this week that Lauber had denied any other such meetings as attorney general.

In an interview with SRF radio, Lauber conceded that there must have been a third meeting that he could not recall.

“We assume based on internal documents we have seen - diary entries and SMS texts - that it took place,” he said, but insisted this would not derail his bid for re-election.

“I reject accusations of lying or keeping silent and I see no reason to withdraw my candidacy,” he said, noting that Infantino was at no time a target of the FIFA probe.

The watchdog found no fault with Lauber for meeting Infantino in what it calls a complex case, but criticised him for not properly documenting meetings that could one day become subject of lawsuits. Its probe could lead to disciplinary proceedings against Lauber.

Lauber’s office has been investigating several cases of suspected corruption surrounding Zurich-based FIFA after it filed a criminal complaint in November 2014, when the soccer body’s president was Sepp Blatter.

FIFA has the status of a private plaintiff in the probe into suspected breach of trust, fraud, embezzlement and money laundering. Lauber’s office is conducting around 25 criminal investigations alongside 15 foreign law enforcement agencies.

More than 40 entities and individuals have been charged by U.S. prosecutors in connection with the FIFA investigation. Lauber’s office has filed no charges yet in the case.

In a statement, FIFA said it was interested in the outcome of the investigations and was keen for those who damaged the organisation to be held to account.

“The fact that the FIFA president met the general prosecutor in open circumstances and in full transparency to discuss these matters is simply an illustration of FIFA’s willingness to cooperate and to assist the Office of the Attorney General with its work,” it said.

FIFA said Infantino, who also did not recall a third meeting with Lauber, and other senior FIFA officials were willing to meet authorities in Switzerland and other countries as many times as necessary until the investigations wrap up.