John Delaney, an elected member of UEFA's executive committee, has been criticized by Irish lawmakers. 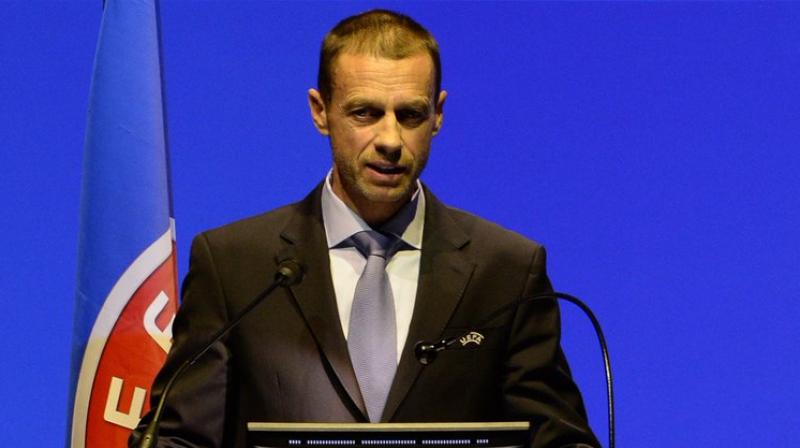 UEFA's disciplinary panel will judge the 'throwing of objects' charge on May 16. (Photo: Twitter)

Nyon: UEFA says it charged Ireland for fans throwing tennis balls on the pitch to stop play, in protest against the national soccer federation's top official.

John Delaney, an elected member of UEFA's executive committee, has been criticized by Irish lawmakers and this week moved aside from his long-time job as federation CEO. Play was stopped for three minutes during a European Championship qualifying game against Georgia in Dublin on Tuesday. Ireland scored the only goal immediately after the delay.

UEFA's disciplinary panel will judge the "throwing of objects" charge on May 16.
Delaney failed in a court bid this month to block a newspaper's story about his 100,000 euros (USD 113,000) loan to the Football Association of Ireland.
He is expected to have a lead role promoting a British Isles and Ireland bid to host the 2030 World Cup.