He achieved the feat in the match against Crvena Zvezda, goal.com reported. 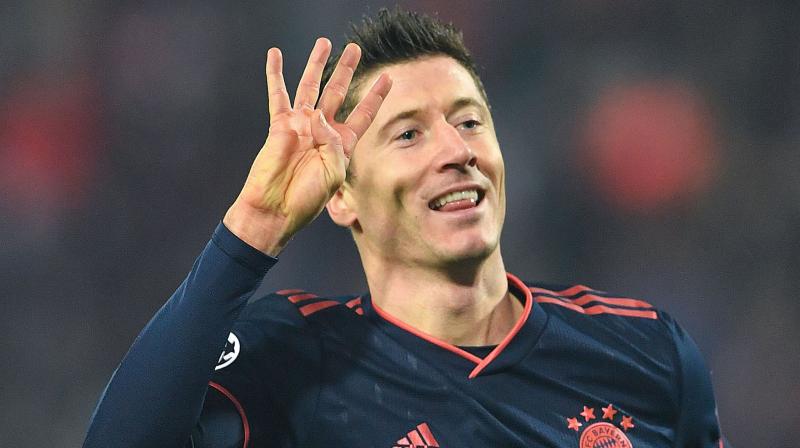 He achieved the feat in the match against Crvena Zvezda, goal.com reported.

His four goals helped his side thrash their opponents 6-0.

The 31-year-old scored four goals in just 14 minutes and 31 seconds, extending Bayern's 1-0 advantage at half-time to a five-goal lead.

In the match, Lewandowski also became the second player to score four goals in the Champions League twice, alongside Argentine Lionel Messi.

It was Lewandowski's third hat-trick in the competition and he is now behind Messi and Portugal striker Cristiano Ronaldo in Champions League history who have scored eight hat-tricks each.

Lewandowski has scored 27 goals from only 20 appearances across different competitions.

Bayern Munich will next take on Tottenham Hotspur in the Champions League on December 11.