Hazard limped off in the second half of Madrid's 2-2 draw vs PSG. 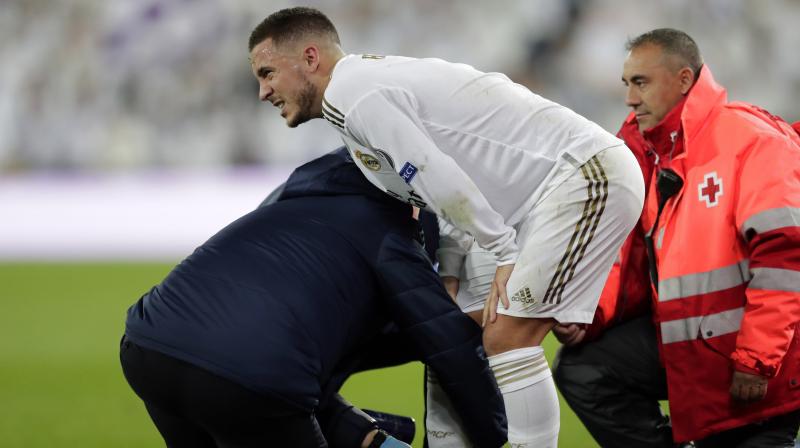 Zinedine Zidane confirmed Eden Hazard twisted his ankle during Real Madrid's draw against Paris Saint-Germain on Tuesday, with the Clasico against Barcelona only three weeks away. (Photo:AP)

Madrid: Zinedine Zidane confirmed Eden Hazard twisted his ankle during Real Madrid's draw against Paris Saint-Germain on Tuesday, with the Clasico against Barcelona only three weeks away.

Hazard limped off in the second half of Madrid's 2-2 draw at the Santiago Bernabeu, where PSG scored twice in two minutes late on to secure first place in Group A.

But an impressive performance overall from Madrid, and Hazard, was tarnished by the Belgian's injury, which threatens to prevent him from playing in his first Clasico at the Camp Nou on December 18.

"His performance was spectacular," Zidane said.

"But he had to come off. It's more than just a knock but I hope the twist is a minor one. For now, I can't say anything more."

Madrid are guaranteed to go through to the last 16 as runners-up in the group after Club Brugge drew 1-1 away at Galatasaray.