Mumbai City look to bounce back 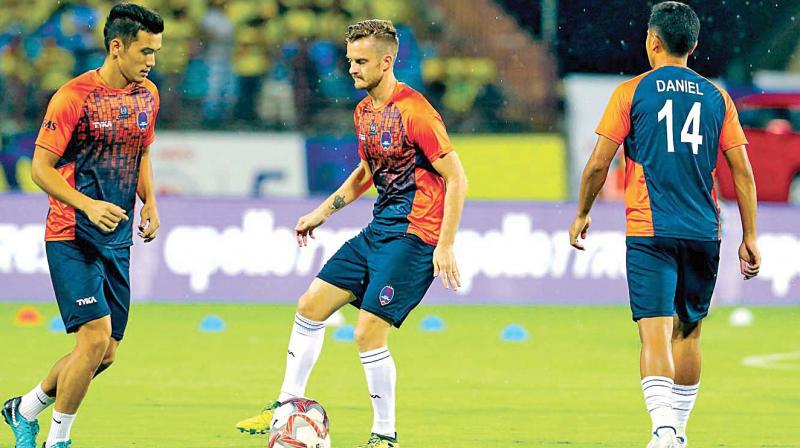 Mumbai: After receiving a 0-5 thrashing at the hands of FC Goa in an away fixture, Mumbai City FC would seek home comfort against Delhi Dynamos at Mumbai Football Arena on Saturday. The Islanders had deflated Dyamos 4-0 at home last season and they would be eyeing the same sort of performance in front of their fans to lift the spirit in the camp. Mumbai City have four points from four games while Dyamos have three from four games.

On the other hand, Dynamos would be eyeing their first win of the ISL Season 5. Josep Gombau's side recorded their first clean sheet of the season in their last match following an incredible performance from goalkeeper Dorronosor Sanchez who kept the strong Chennaiyin FC attack at bay.

In contrast, the hosts led by Lucian Goian will have to iron out chinks in their defence. The match may also see Mumbai City FC midfielder Matias Mirabaje lock horns with his former club for the first time since leaving them last season. Matias and Mumbai City's Sehnaj Singh were red-carded in the last game here after getting into an argument. Now both are part of the Islanders squad. Incidentally, Dynamos boss Rohan Sharma had taken a dig at Mumbai City after signing of Matias inviting quick response from Mumbai City CEO Indranil Blah.