Although a court spokesman said the 27-year-old was obliged to show up person, his lawyers have said nothing . 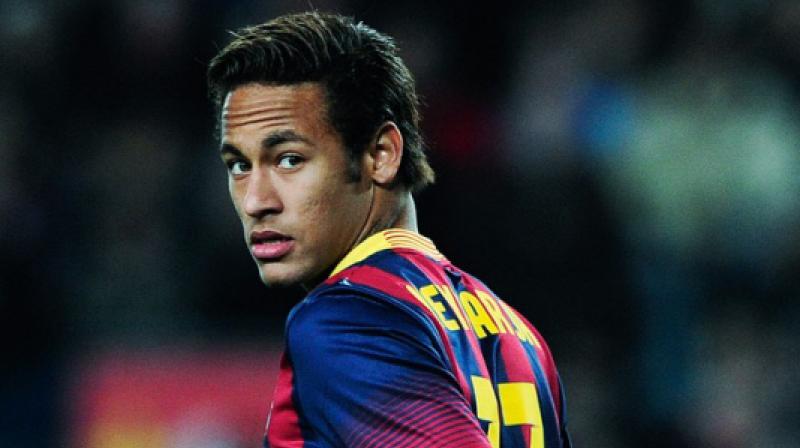 A Spanish court will on Friday attempt to untangle a bitter multi-million-euro contract dispute between Brazilian star striker Neymar and his former club Barcelona. (Photo:AFP)

Barcelona: A Spanish court will on Friday attempt to untangle a bitter multi-million-euro contract dispute between Brazilian star striker Neymar and his former club Barcelona.

Although a court spokesman said the 27-year-old was obliged to show up person, his lawyers have said nothing although Spanish newspapers published videos of him arriving at Barcelona airport on Thursday.

His return to the city is far from the triumphant homecoming the Spanish club had hoped for after a summer locked in futile talks with Paris Saint-Germain (PSG) to bring back the world's most expensive player.

On Friday morning, the two parties will attend a private half-hour session with the judge at a labour court in L'Hospitalet de Llobregat, a Barcelona suburb, before the hearing begins at 10:00 am (0800 GMT).

The session is open to the public.

The dispute began when Neymar made a shock transfer to PSG in 2017, less than a year after signing a new contract with Barca which would have seen him staying there until 2021.

Worth 222 million euros (USD 250 million at the time), the transfer remains the highest sum ever paid for a player.

Barcelona then sued Neymar for breach of contract, and refused to pay him the 26 million euros which were part of his contract renewal bonus.

After an unsuccessful appeal to world footballing body FIFA, the young Brazilian quickly hit back with a lawsuit over the unpaid bonus.

The dispute focuses on the contract renewal bonus that was signed between the player and the club in 2016.

Although the full sum of the bonus has never been clear, Neymar received an initial payout and was to have received the rest in stages over the course of his new contract.

But when he moved to PSG barely a year later, Barcelona refused to pay.

The Spanish club is demanding he return the part of the bonus he already received as well as 8.5 million euros plus interest in compensation for breach of contract.

Neymar promptly filed a countersuit demanding payment of the 26 million with interest.

According to El Mundo daily, the case is being closely watched by the Spanish tax authorities who are keen to know whether the striker, who was a tax resident in 2017, paid his dues on both the bonus and his transfer to PSG.

Back in March, Neymar's public relations agency, NR Sports, admitted the tax authorities had requested documents but insisted the player was not the subject of a new tax investigation in Spain.

The young striker has been beset by legal problems since his arrival in Europe in 2013 following his move to the Catalan club from Brazil's Santos.

Barca valued the transfer at 57.1 million euros but Spanish prosecutors believe the amount paid was at least 83.3 million, trigging a string of legal cases in both countries, some of which remain unresolved.

And since transferring to PSG, things have not been any easier.

In the last few months, the superstar who has a huge social media following, found himself facing a rape allegation, which was dropped in August, and an assault charge for hitting a fan after PSG's shock defeat in April's French Cup final.