Was busy in weighing options 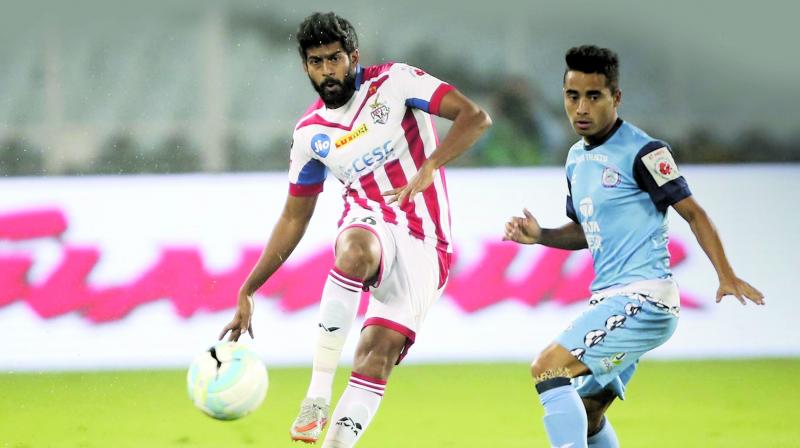 Ashutosh Mehta got a club just few days before the Indian Super League fifth edition kicks off on Saturday but the 27-year-old professional footballer from Malad wasn’t losing sleep over it. He took his own time to weigh options and finally signed for FC Pune City officially on Tuesday.

“I was in talks with other clubs like Atlético de Kolkata (ATK) and Kerala Blasters and was waiting for a good offer. Pune City gave me best offer and the way they played last season it attracted me, so I chose Pune. Also I played for them in the first season and knew FC Pune City CEO Gaurav Modwel from beginning, so it was easy for me,” he told us on Wednesday.

The versatile defender started his ISL career with FC Pune City in 2014 and made ten appearances for the Stallions. He later joined Mumbai City FC in 2015 and after the League, was loaned to disbanded I-League club Mumbai FC. In 2016 he played for Aizawl FC on loan from Mumbai City and helped them to win maiden I-League title under coach Khalid Jamil. Last season he played for ATK but the two-time champions had a forgettable season.

“His (Miguel’s) philosophy is good. I know lot of players in the squad and I am trying to know more foreign players. Since I already know Indian players so it easy to get along,” he added.

Ashutosh has played under many coaches in his professional career and despite joining FC Pune City after pre-season training, he is confident to understand Miguel’s philosophy and adapt with the team quickly.

“I have played under Italian, French, Spanish coaches etc. I am playing professional football since eleven years and have played over 200 games. As a pro I know how to adapt quickly and I know Indian football in and out. It will take me only a week to adapt and understand the coach’s philosophy, gel with the team and be ready for the matches,” he said while indicating that he is ready for FC Pune City’s first match in New Delhi against Delhi Dynamos on October 3.

He used the off-season to remain fit and be prepared for the upcoming season of ISL. “I was training alone in gym and doing beach running to keep myself fit and keep my levels up to be ready for an ISL club. Fitness has never been issue for me. My body adapts quickly and it will only take a week to get to my best as per team requirements,” he said.