The other player revealed by Pune was Maharashtra's, Alwyn George. 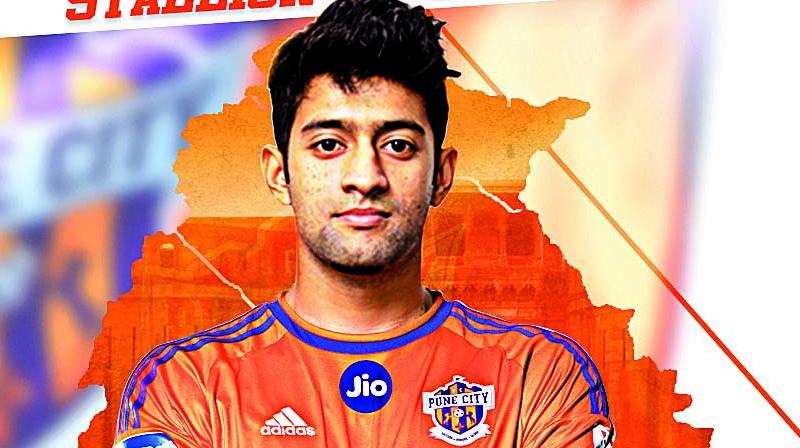 A year ago, Nikhil Poojary made his debut for the country after a fantastic season with East Bengal FC. Last year, when he hoped to extend his dream for another season, the worst of injuries spoiled the remainder of the season for the 22-year-old.

On Thursday, FC Pune City announced the signing of two players and Poojary is one of them to enter the Anjun Kapoor co-owned Indian Super League franchise. The other player revealed by Pune was Maharashtra's, Alwyn George.

Nikhil who plays as a winger started his football career in Mumbai. Soon he joined the youth team of Mumbai FC before being signed by East Bengal in 2015. His pace and fitness levels with East Bengal impressed national scouts that rightly got him national call for U23 and later senior side too.

Pune's CEO Gaurav Modwell was eyeing Poojary for a couple of years. "Nikhil is one of the most exciting young players in the country. We have been tracking him for a couple of years now. At a young age, he has already gained a good amount of professional experience and we hope that he settles well in our squad," he said.

Modwell's words are not entirely wrong. Poojary was showing great resilience in the 2016/17 season for a 20-year old. In the season that followed, he sustained an injury Anterior Cruciate Ligament (ACL) that kept him out of play for the rest of the season. It is one of the most threatening injuries for a footballer.

He returned to the pitch in local tournaments. He is notching up goals regularly in the local Borivali Premier League as well.  It will be a homecoming of sorts, as the Mumbai boy will now return to Maharashtra with FC Pune City, after spending 2 seasons in Kolkata playing for East Bengal.

Coming back to his home state, Poojari said, “To my mind, this is a good club from my state Maharashtra to play for and has a very professional management. It was a no-brainer for me to sign with them at the first chance I got. I am looking forward to make the most of the opportunities I get here at the club.”

Another homecoming
Alwyn plied his trade for Bengaluru FC in the last season and will now don the orange colors of FC Pune City. The Nagpur-born attacking midfielder will join Adil Khan in the center of the pitch for the Pune franchise.

Alwyn started his career with the Tata Football Academy in 2008 and signed his first professional contract with Pailan Arrows four years later. It was midfielder’s stint at Dempo that caught the eyes of everyone as he was named best young Indian player of the season for two years in a row. Post this, Alwyn played in Indian Super League with FC Goa, Delhi Dynamos FC and later Bengaluru FC.

“It’s a great opportunity for me to play for a team which is ambitious and professionally managed at the same time. Also, it is an added advantage for me since I will play for a team from my home state," George said.

The pre-season will start in a coming couple of weeks. The club has not announced the dates yet but these two will join the rest of the squad soon.