Morata has rediscovered his form at Atletico after a poor spell at Stamford Bridge, scoring six goals in 13 La Liga starts. 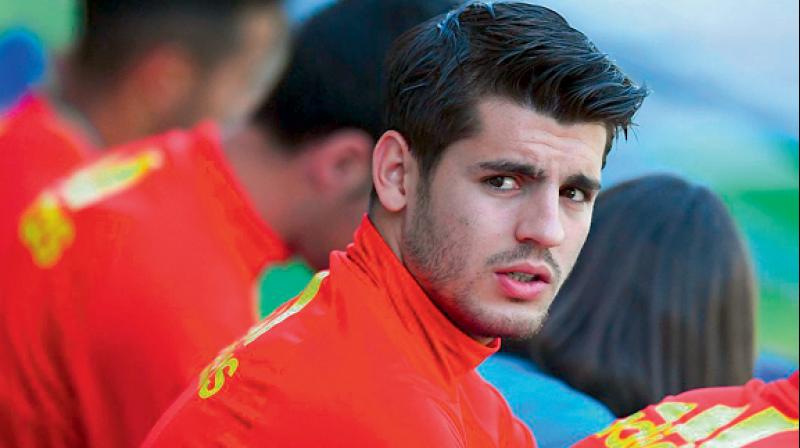 'I am happy here and I want to be here for the rest of my career', said Morata. (Photo: File)

Madrid: Spain striker Alvaro Morata says he wants to remain at Atletico Madrid until the end of his career and has no plans to return to Chelsea, who he left in January to join the Spanish side on an 18-month loan deal.

“I am very clear that I want to stay here. Leaving here has not crossed my mind. I hope it gets resolved as soon as possible, I’m happy here and I want to be here for the rest of my career,” Morata told Spanish newspaper Marca.

“As long as the club wants me and the fans are happy I want to be here. I’ve found happiness here. I’m where I want to be.”

Morata has rediscovered his form at Atletico after a poor spell at Stamford Bridge, scoring six goals in 13 La Liga starts, but Chelsea have the option to recall Morata from his loan spell.

“If it was up to me it would have been sorted a long time ago, that’s what I want,” Morata added. “I’d have liked to have signed my contract with Atletico already. I did everything to come here and I’ll do everything to stay.”