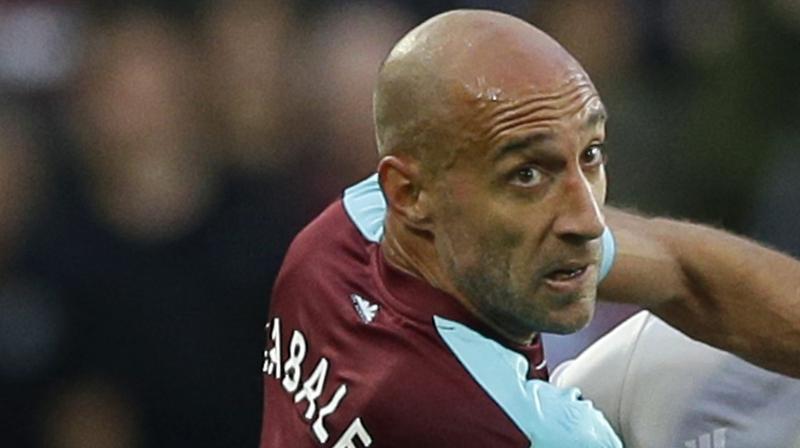 London: West Ham United defender Pablo Zabaleta has said the Covid-19 pandemic may mean he will not have the chance to play in front of supporters again before he ends his Premier League career.

Soccer in England has been suspended indefinitely because of the flu-like coronavirus which has caused more than 20,000 deaths in Britain, with games likely to be held without fans present once the season resumes.

Argentine Zabaleta, 35, is in his final season at the east London club after signing a contract extension last year.

"I was coming to the end of my career and it was my last season in England, and I wanted to finish in a different way, playing in front of the fans, having those emotions and that adrenaline," Zabaleta told West Ham's website here

“I know this but I will find myself maybe playing in empty stadiums and with different emotions, but that’s something I cannot manage myself.”

“The Premier League and all the countries I’m sure will try to restart the league, but nothing will be the same,” Zabaleta, who has made 10 league appearances this season, added.

The defender said the virus would change our life style.

“I need to accept it ... Mentally it’s tough but as I say, all I’m trying to do is stay positive.”