Victory hauls Villarreal to within five points of fourth-placed Sevilla, who have a game in hand, and eight of Atletico in third. 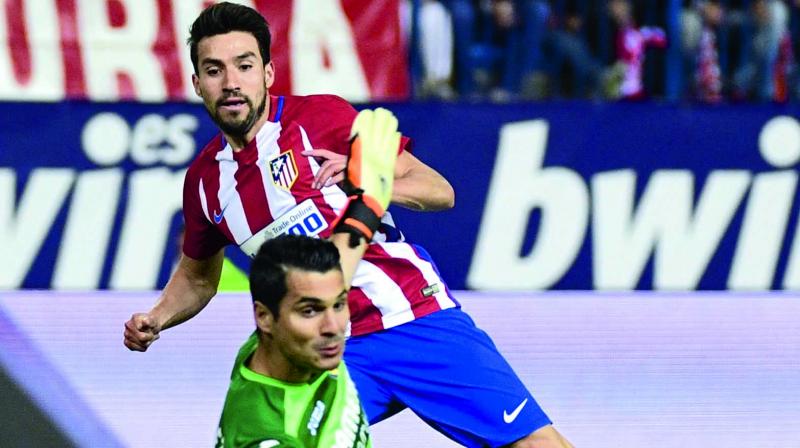 A battle between the two best defences in La Liga was unsurprisingly settled by a single goal when the Italian turned home Cedric Bakambu’s cross eight minutes from time.

Victory hauls Villarreal to within five points of fourth-placed Sevilla, who have a game in hand, and eight of Atletico in third.

Atletico enjoyed the vast majority of the play and chances, but were undone by a brilliant performance by Andres Fernandez in the Villarreal goal.

Fernandez made a stunning double save early on as Angel Correa wriggled free inside the area to fire goalwards before Saul Niguez’s powerful header was turned to safety.

The Villarreal stopper also denied the on-form Antoine Griezmann and Nico Gaitan before the break.

Gaitan then had Atletico’s best chance of the game early in the second-half. However, he failed to reward boss Diego Simeone for a rare start as again he was denied by Fernandez’s outstretched hand.

Villarreal had offered almost nothing as an attacking threat for the first hour but the introduction of Soriano and Bakambu from the bench posed a threat on the counter-attack in the final quarter.

And it was the latter who came up with the decisive moment by turning home Bakambu’s cross to inflict just Atletico’s second league defeat since the sides last met back in December.

At the bottom of the table, Tony Adams remains without a point in three matches in charge at Granada after Sandro Ramirez’s double earned Andalusian rivals Malaga a 2-0 win at Nuevo Los Carmenes. Defeat means Granada could now be relegated as early as Saturday should they fail to win at Real Sociedad and Leganes beat Las Palmas on Wednesday. Sporting Gijon also failed to give their chances of survival a boost as they were held 1-1 at home to Espanyol to remain three points adrift of safety.