'We might get a few coaches after this virus, or at least a few players that are willing to go down that path' 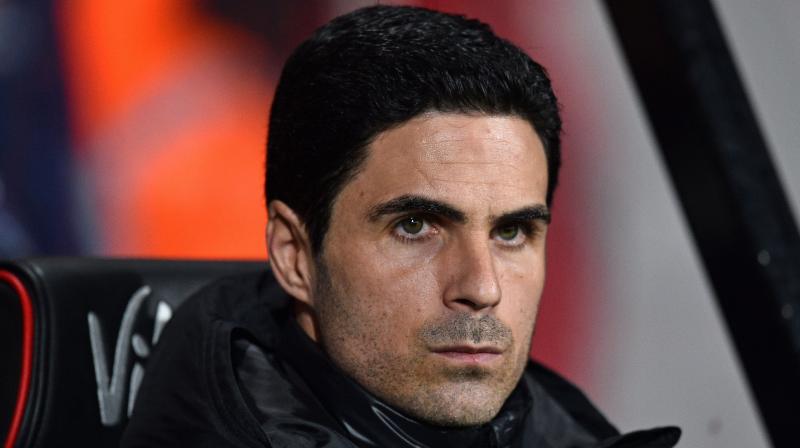 London: Arsenal manager Mikel Arteta believes the 'homework' he has set his players during the coronavirus outbreak could see some of them become coaches.

With the Premier League halted and Britain in a state of lockdown, players are having to train at home.

Arteta tested positive for COVID-19 a fortnight ago but has now recovered.

"There is the psychological support that they need, which we are giving them (the players)," Arteta, who turned 38 on Thursday, told Arsenal's website.

"And as well I'm giving them a lot of homework to do because I've been reviewing everything that we've been doing since I joined.

"There are things we have to maintain doing, improve and develop, and individually they are really enjoying the challenge.

"We might get a few coaches after this virus, or at least a few players that are willing to go down that path, because I think they are really enjoying the process."

Arteta, a father of three children, said he he was trying to make the best of a bad situation.

"For 17 years, I haven't had the opportunity to wake up with my kids and spend a lot of time, dedicate my time and listen to them. You know, do their homework with them and the same with my missus.

"I think we are all realising how much we need each other. We are in a world here where everything is social media, everything is a WhatsApp text.

Third-tier Portsmouth, who lost to Arsenal in the FA Cup on March 2, have since had five players test positive for the coronavirus.

"They are all feeling reasonably good," assistant manager Joe Gallen told the Guardian.

Portsmouth are chasing promotion to the Championship and Gallen added: "When we were told we were going to shut down on March 13, it was a huge disappointment.

"But after a bit of sober reflection, you do start to think that football does seem a bit irrelevant."