Solskjaer has made a remarkable impact since arriving as United's interim boss in December following Mourinho's sacking. 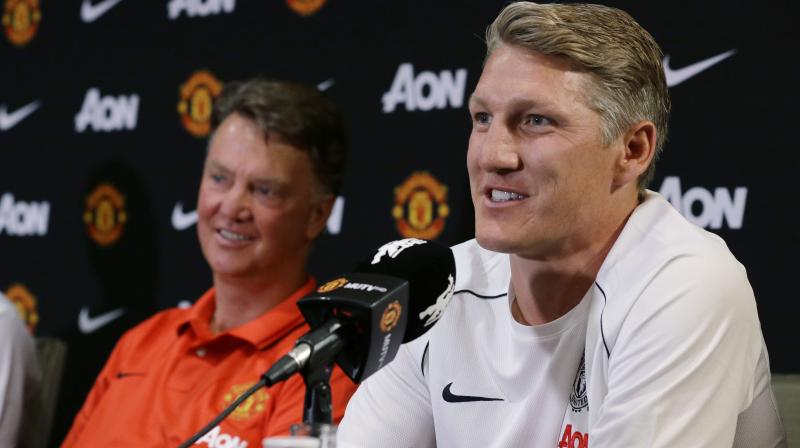 The former Barcelona boss remains unhappy that Ed Woodward, United's executive vice-chairman, made contact with Mourinho while Van Gaal was still at the club. (Photo: AFP)

London: Ole Gunnar Solskjaer's success at Manchester United is partly due to the work of his predecessor Jose Mourinho, according to former Old Trafford chief Louis Van Gaal.

Solskjaer has made a remarkable impact since arriving as United's interim boss in December following Mourinho's sacking.

The Norwegian has won 10 times in 13 Premier League games to put United back in the hunt for a top four finish, while leading them to the Champions League quarter-finals after a stunning victory over Paris Saint Germain.

Van Gaal, who spent two seasons at United before being replaced by Mourinho in 2016, insists the Portuguese coach's tactics have laid the foundations for Solskjaer to build on.

The 67-year-old Dutchman also suggested United played more exciting football in his time at the helm than they do now.

Van Gaal's claims seem at odds with the more entertaining football played by United since Solskjaer started a reign that looks set to bring him the manager's job on a permanent basis.

"The way Manchester United are playing now is not the way Ferguson played," Van Gaal told the BBC on Tuesday.

"It is defensive, counter-attacking football. If you like it, you like it. If you think it is more exciting than my boring attacking, OK. But it is not my truth.

"Solskjaer has just lost twice and he has to manage that. It is very important that Manchester United qualifies for the Champions League. As it was when I was manager.

"But they can also win the Champions League because they play a defensive system and it is very difficult to beat them, which, whether you like it or not, is the result of Mourinho's work."

Van Gaal was sacked at the end of his second season immediately after winning the FA Cup.

The former Barcelona boss remains unhappy that Ed Woodward, United's executive vice-chairman, made contact with Mourinho while Van Gaal was still at the club.

"What I don't like is Ed Woodward contacting my successor, knowing in his mind he will replace me and he keeps his mouth shut for six months," Van Gaal said.

"Every Friday I had to go into press conferences and be asked what I thought about the rumours. What does that do to the authority of the coach?

"To win the FA Cup when, for six months, the media has a noose round my neck, is my biggest achievement.

"I spoke to Woodward the day after that game. His argument was that I was only going to be there for one more year and Mourinho would be there for three, four or five.

"I appreciate he hired a private plane to get me back to Portugal but his arguments were not good enough."