Colombia handed him the captain’s armband for the 2018 World Cup. 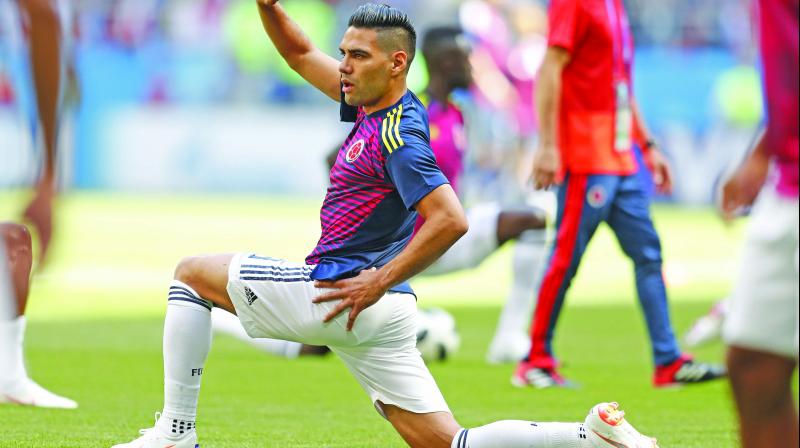 Chennai: Radamel Falcao had been the inspiration behind Colombia’s qualification for the 2014 Fifa World Cup. The forward scored nine goals as Colombia made the cut for the event in neighbouring Brazil after missing out on three editions since 1998. One of the most fearsome forwards in the world that time, he was in the form of his life.

Weeks before the World Cup, however, tragedy struck Falcao as he suffered an anterior cruciate ligament tear on his left knee. The player had been so integral to Colombia that coach Jose Pekerman kept him in a provisional 30-member squad, hoping against hope that he would recover on time to take the field in Brazil. But the collective prayer of an entire nation didn’t bear fruit as Falcao failed to get fit for the World Cup and Colombia went down to the hosts in the quarter-final. Colombia might have progressed further had their talisman been available.

Even more agonising than missing out on his childhood dream was Falcao’s uphill battle to regain his fitness after a surgery. Rehabilitation after a serious knee injury isn’t for the fainthearted, as Ronaldo would attest. The Brazilian wrote one of the most poignant stories in World Cup history by overcoming his knee trouble to win the trophy in 2002, burying the ghosts of the 1998 World Cup final in the process.

Falcao had lost his sharpness in front of goal post surgery as doubts about his fitness kept gnawing at him. A loan move from Monaco to Manchester United and then to Chelsea floundered spectacularly as the Colombian became the butt of English fans’ jokes. He was staring at a nightmarish end to a career that had shown so much promise at Porto and Atletico Madrid. Falcao, however, resurrected his career after returning to Monaco at the end of the 2015-16 season and the old form duly returned.

Colombia handed him the captain’s armband for the 2018 World Cup. After an unexpected loss against Japan in the opener, the South American country came alive in the second match to axe the Poles 3-0. Falcao left his imprint on the match with a beautiful goal, scored with the outside of his right foot. The unadulterated joy on his face as he wheeled away to celebrate his strike told a tale. A tale of grit. What would be the World Cup without its ability to heal a wound?

Like Falcao, Marco Reus had also played a stellar role in Germany’s qualification for the 2014 World Cup but an ankle injury forced him to withdraw from the squad. Mario Gotze who scored Germany’s winner in the final paid tribute to his former Borussia Dortmund team-mate by holding a jersey bearing Reus’ name on it during the celebrations. The spectre of injury, this time on the groin, revisited the versatile midfielder before Euro 2016 as he went on to miss another major tournament.

Joachim Low’s faith in Reus never wavered as the German coach included the injury-prone player in his 23-member squad for Russia. Following a 1-0 defeat to Mexico in the opener, fans and pundits clamoured for a starting role for Reus ahead of the misfiring Mesut Ozil and Low duly obliged. Reus scored the equaliser before setting up a dramatic winner for Toni Kroos in a 2-1 win over Sweden on Saturday that has kept Germany in the tournament. Falcao and Reus remind us that football offers a second or third chance to those who never give up.