'We’re still in the race for top four despite the emotional season': Solskjaer

Solskjaer has been reeling in their rivals but after some poor games recently Manu are 6th with 3 games to go, 3 points behind Chelsea. 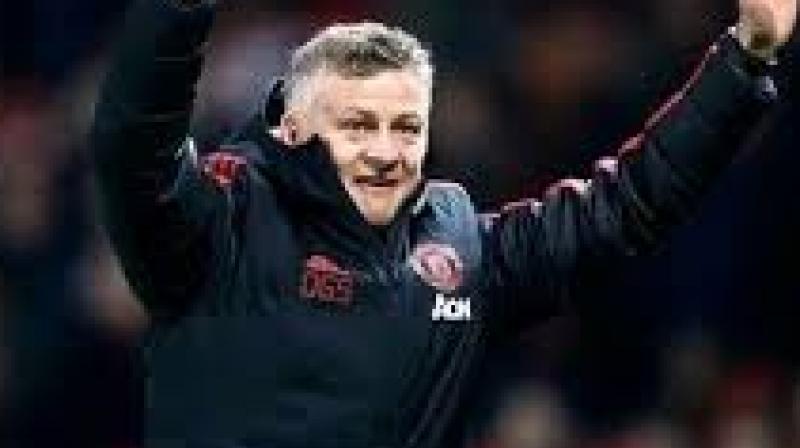 Solskjaer was unbeaten in his first 12 league games in charge but United have since lost four of their last six matches, handing Arsenal and Chelsea the advantage in the race for the top four. (Photo: Twitter)

Manchester United still have a chance to finish in the top four despite a rocky campaign and the sacking of their manager in December, the Premier League club’s boss Ole Gunnar Solskjaer said on Friday.

United sacked Jose Mourinho in December when the club were 11 points adrift of the top four. Solskjaer has been reeling in their rivals but after some poor games recently United are sixth with three games to go, three points behind fourth-placed Chelsea.

“It’s been an emotional season for the club because we’ve changed manager halfway through,” Solskjaer told reporters ahead of Chelsea’s visit on Sunday.

“We’re still in the race for top four, and the focus has to be on Chelsea. If we get a performance there, which we know we can do, we know they’re tired, we don’t care because there’s three games to go.

“You work your socks off for 90 minutes three times, then it’s your holidays.”

Solskjaer was unbeaten in his first 12 league games in charge but United have since lost four of their last six matches, handing Arsenal and Chelsea the advantage in the race for the top four.

“It’s a challenge, yes, and a difficult period now, but it’s what I expected,” he added. “The Premier League has changed, it’s such an unbelievable league. When I played, it was us and Arsenal. Now there are six teams really fighting or starting in the beginning believing they can challenge for trophies.”

Midfielder Paul Pogba has been linked with a move to Real Madrid by British media in recent weeks, but Solskjaer said he believed the France international, who has a contract until 2021, would stay at Old Trafford next season.

“You can’t guarantee anything in football but yes, I think Paul is going to be here,” Solskjaer said. “We want him to do well, he’s a leader in that dressing room and on the pitch for us.”

Solskjaer also confirmed goalkeeper David De Gea would keep his place against Chelsea despite going a recent rough patch. The Spanish goalkeeper has not kept a clean sheet in his last 12 games in all competitions.

“David is fine, of course I’m not going to take him out of the firing line,” Solskjaer said. “I trust David and he’s been the best player United have had in the last six or seven years. He’ll play the next three games.”