Thursday's match will see the second-placed Foxes, the shock 2015/16 champions, kick off 10 points adrift of Liverpool. 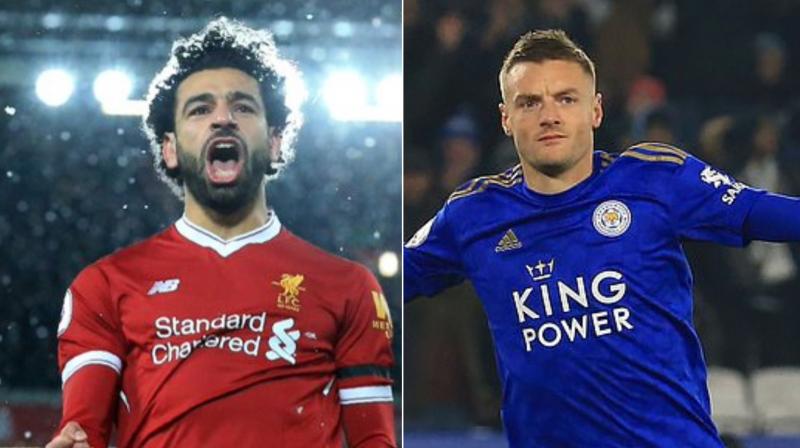 Thursday's match will see the second-placed Foxes, the shock 2015/16 champions, kick off 10 points adrift of Liverpool, who will arrive in the East Midlands fresh from winning a maiden Club World Cup title following a 1-0 victory over Brazilian side Flamengo in Qatar.

One of the more remarkable statistics in English football is that it is nearly 30 years since Liverpool were last crowned domestic champions in what was then the First Division.

But Premier League silverware is now in sight following a successful 2019 that has also seen Liverpool take the Champions League and UEFA Super Cup trophies back to Anfield as well as the Club World Cup.

One of the enduring peculiarities of the English game that has not changed, however, is the packed programme of matches that take place during the Christmas and New Year holiday period.

The congested schedule is again causing headaches for managers, with Foxes boss Brendan Rodgers saying the fixture list is a "nonsense".

Leicester kick off against Liverpool at 2000 GMT on Thursday before they play West Ham on Saturday.

They then complete four games in 10 days with a trip to Newcastle on New Year's Day, before hosting Wigan in the FA Cup on January 4.

This presents Rodgers with a problem about how often to field Jamie Vardy, the league's leading scorer so far this season, given the striker is now aged 32.

"The game is about money now. You can't say it's about the welfare of players," insisted Rodgers, himself a former Liverpool manager who added that Vardy, for all he has scored 16 goals this term, had "no chance" of being involved throughout the festive period.

This season sees the Premier League experimenting with a 'winter break' that will see all teams get a weekend off in February.

But that pales into insignificance compared to the Bundesliga's long-established winter break.

The German top-flight closes down for several weeks in December and January, with Rodgers saying the English break was a "let's pretend" version.

Liverpool will be without Alex Oxlade-Chamberlain after the midfielder suffered an ankle injury against Flamengo as Jurgen Klopp's side, unbeaten in the Premier League this season, bid to go 13 points clear and all but end the title-race before by the halfway stage.

"If anyone wants to think things are over before they are over we cannot stop them doing that, though it is not important to us," said Liverpool manager Klopp.

"As a group we are pretty good at shutting the doors all around us to keep out the noise from outside," the German added.

Fourth-placed Chelsea, fresh from a 2-0 win away to Tottenham Hotspur marred by allegation of racist abuse, are at home to Southampton while Spurs will be without the suspended Son Heung-min for the visit of Brighton after the South Korean's red card against the Blues.

Mikel Arteta's reign as Arsenal manager starts away to Bournemouth, while new Everton boss Carlo Ancelotti is in charge at home to Burnley.

Newcastle, managed by former Old Trafford favourite Steve Bruce, will look to complete a league double over Manchester United with both sides presently level on 25 points and looking to break into the top six.

"We're halfway through this season and we knew this season was going to be a season of some ups and downs," said Manchester United manager Ole Gunnar Solskjaer.

Meanwhile reigning champions Manchester City are away to Wolves on Friday. Fixtures (1500 GMT unless stated):