Former Manchester City and Inter Milan striker Balotelli has returned to Italy to play for his hometown club. 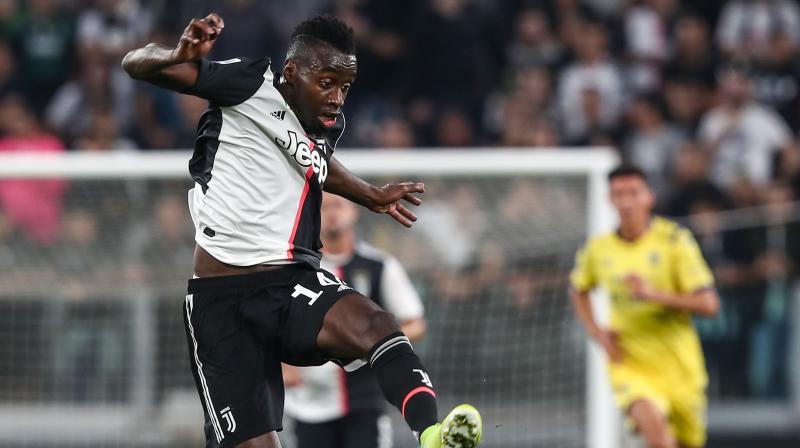 Milan: Mario Balotelli made his first start for Brescia but the promoted northeners still fell to a 2-1 defeat which sent champions Juventus top of Serie A.

Former Manchester City and Inter Milan striker Balotelli has returned to Italy to play for his hometown club, but his debut had been delayed as he sat out a four-game suspension for previous club Marseille.

Juventus were without Portuguese forward Cristiano Ronaldo on Tuesday, rested with a slight thigh problem, but the champions recovered from going behind after less than four minutes to an Alfredo Donnarumma goal -- his fourth in five games.

Juventus goalkeeper Wojciech Szczesny got two hands to Donnarumma's powerful strike, but could only push the ball into the net.

Brescia defender Jhon Chancellor let the champions off the hook five minutes before the break, diverting the ball into his own goal, with Bosnian midfielder Miralem Pjanic completing the comeback, volleying in on 63 minutes.

Juventus overtake Inter Milan at the top of the Serie A table with 13 points from five games.

Antonio Conte's side are one point behind before they host Lazio at the San Siro on Wednesday.

"It wasn't easy after going behind within four minutes, but we showed personality," Juventus coach Maurizio Sarri told DAZN.

Balotelli, back in Italy for the first time since 2016, was denied after half an hour with Polish 'keeper Szczesny tipping his 30-yard free-kick over the bar.

"Mario is working hard and is an extraordinary player. I'm sure he'll give us a big hand this season," said Brescia coach Eugenio Corini.

"Being at home, close to his mother, family and friends is helping him to focus on his life more. His abilities are unlimited."

French midfielder Adrien Rabiot also made his first start for Juventus, who lost full-back Danilo to injury early on, since his move from Paris Saint-Germain.

Reeling after going behind, Juventus pushed forward with Gonzalo Higuain threatening for the visitors and Aaron Ramsey nodding over.

Paulo Dybala also forced Joronen into action, with Rabiot pouncing on the rebound which was cleared off the line.

Pjanic drilled in the winner after Dybala struck his free-kick into the wall and the Bosnian met the loose ball with a rasping volley.

Federico Bernardeschi came on for Ramsey in the 70th minute, with Dybala making way for Blaise Matuidi ten minutes later with the visitors holding on for all three points.

Juventus next play SPAL in Serie A on Saturday before hosting Bayer Leverkusen in the Champions League next Tuesday, having being held to a 2-2 draw against Atletico Madrid in their opener.

Brescia were promoted to Serie A this year, after being relegated in 2011, and sit 12th with six points.

Elsewhere, Verona were held to a goalless draw at home against Udinese, with both teams settled in the bottom half of the table with just one win each from five games.